“The heights of modern English literature,” the literary critic Terry Eagleton once claimed, “have been dominated by foreigners and émigrés.” How can the history of English literature be understood through the history of migration? What new styles and forms have emerged to reflect the experiences of exiles, immigrants, asylum-seekers and the undocumented? In his essay “Imaginary Homelands,” Salman Rushdie describes the exiled author as one who “is obliged to deal in broken mirrors, some of whose fragments have been irretrievably lost.” Rushdie’s pronouncement, first made in 1982, is all the more relevant to the literature of the 21st century, as the works of contemporary authors bear witness to accelerating processes of dispossession, precarization and displacement.

This course deals with the literature of migration in the 20th and 21st centuries, from the Windrush generation to the narratives of asylum-seekers and refugees. We consider canonical works of postcolonial literature alongside contemporary authors who challenge and renew the form of the novel in a global context. To analyze this material, we turn to theories of diaspora, cosmopolitanism, aesthetics, hybridity, citizenship and human rights. Authors covered include: Sam Selvon, Buchi Emecheta, Hanif Kureishi, Julia Alvarez, Karen Tei Yamashita, Rabih Alameddine, Brian Chikwava, Kamila Shamsie, Viet Thanh Nguyen and Aminatta Forna. 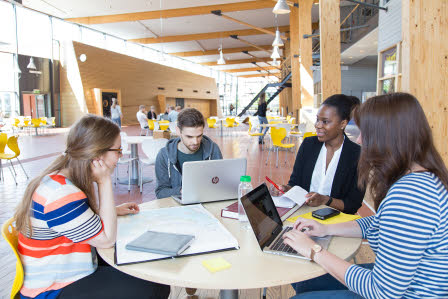