At Linnaeus University, the work with gender equality, diversity, equality, accessibility and equal treatment has been integrated into a whole under the umbrella term Equality of opportunity. 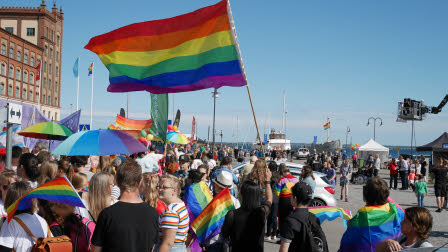 Governing for Equality of opportunity

According to the Discrimination Act, all university colleges and universities are to carry out goal-oriented work to promote equal opportunities and possibilities for all students and employees, regardless of gender, gender identity or expression, ethnic identity, religion or other belief, disability, sexual orientation and age.

The overall, national, political equality objective is that women and men should have exactly the same power to shape society and their own lives. Based on this overall objective, the government has formulated six sub-goals to guide the politics (Shared power shared responsibility, Prop. 1993/94: 147):

Equality is achieved when women and men have the same opportunities, rights and obligations within all areas of life.

The political goals concerning disabilities constitute a societal community which is based on diversity; that society is shaped so that people with disabilities of all ages can fully take part in societal life, equality of living conditions for girls and boys, women and men with disabilities.

Report: Accounts of sexual harassment and assault at Linnaeus University

The #Metoo campaign drew attention to the existence of sexual harassment and assault in various social contexts and professions, and the culture of silence and power hierarchies that govern different forms of sexual assault. In Akademiuppropet, 2,400 women joined forces against harassment and assault in the university world. Several studies have highlighted the occurrence of sexual harassment and assault in private and working life. A study of physical and sexual violence during adult life (Heimer, Lucas & Andersson, 2014) identified that 50 % of women and 15 % of men had experienced sexual violence in their adult years. This corresponds with the WHO definition of sexual assault, humiliation or harassment. Four out of ten women and approximately one out of ten men had experienced sexual harassment in the form of unsolicited, risqué letters, sexual comments, propositions and invitations. A different study (Lundgren, Heimer, Westerstrand & Kalliokoski, 2001) found that one in three female students had been sexually harassed the previous year. Bodenstam and Carstensen (2004) conducted an interview study to examine the characteristics of sexual harassment at Uppsala University. The main findings identified by the researchers were denial, that there was no point in reporting, fear of being misunderstood, a lack of someone to turn to and loyalty to the assailant.

Few students or members of staff at Swedish higher education institutions report sexual harassment. Over a twelve-month period, occasional reports will be submitted to the Equality Ombudsman.
The senior management team at Linnaeus University identified a need to survey sexual harassment at the university. The record does not provide information on the scope of sexual harassment; however, it does show insight into the characteristics of events. It is likely that the examples of harassment in the report are not unique, nor specific to Linnaeus University and could happen at any other higher education institution. There are no grounds to believe that the situation is more serious at Linnaeus University than at other Swedish HEIs. However, the reports of harassment suggest a seriousness that can also form the basis for local changes and development work. A similar collection of reports has been carried out at Chalmers University of Technology, where students were encouraged to submit their accounts https://www.chalmers.se/sv/nyheter/Sidor/tala-oppet-om- vardagssexismen.aspx).

In 2017, the Vice-Chancellor of Linnaeus University commissioned a workgroup to survey incidents of sexual and other forms of harassment amongst students and staff. The commission follows the Linnaeus University plan for integration of equality and equality policy targets. It further meets the changes in the Swedish Discrimination Act (2008:567) referring to proactive measures and plan for equal rights and opportunities. Students and staff were encouraged to submit anonymous accounts via an online portal in order to map harassment and sexual harassment. This report is a compilation of these accounts and provides an idea of the incidents to have come to light in the reports. This report is not comprehensive, as it is likely that not all targets of harassment submitted their accounts.

The aim is to provide a qualitative overview of sexual harassment at the university and the reactions and consequences of sexual and other forms of harassment identified in the accounts submitted. This information will result in proposals for preventative measures.

Linnaeus University works from a gender equality perspective with focus on intersectionality and sustainability where gender is the base but focus also lays in how gender interacts with other power structures. In this way of proceeding, the starting point is always gender, but never only gender. Applying the gender equality perspective with an intersectional approach means reflecting and considering what possible consequences a decision, a document or measure, for example, may have in terms of attaining the goals for gender equality and equal opportunities. Human conditions are complex and are affected by the interplay of several factors such as: class, gender identity or gender expression, ethnicity, religion or other fundamental belief, functionality, sexual orientation, and age. At Linnaeus University, gender equality is organised as part of the University’s work for sustainability to realise the 2030 Agenda for Sustainable Development.