Award ceremony: October 4 at 16.00, IKEA lecture hall, Linnaeus University.
Deadline: Papers should be sent in no later than May 14, 2018. Registration is open until September 7, 2018.

A panel discussion will be arranged on a topic linked to Linnaeus University’s cutting-edge research within discrimination and integration.

The conference language is primarily English.

The Assar Lindbeck award for 2017 goes to professor Petter Lundborg, active at Lund University. The award was established to honour professor Assar Lindbeck’s diverse and groundbreaking research in economics and is handed out every second year to a Swedish researcher under the age of 45 who has made a significant contribution to economic thinking and economic knowledge. 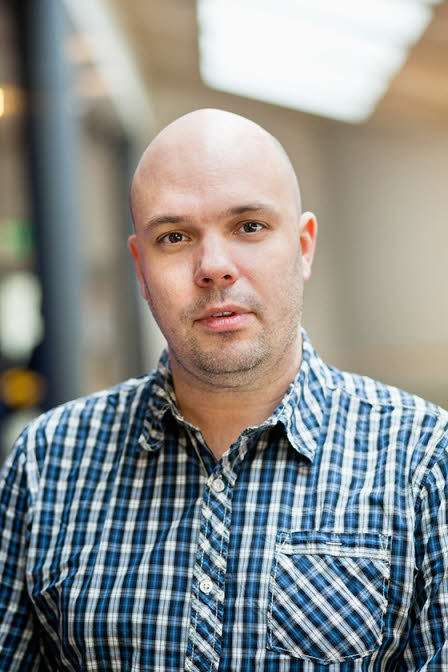 Petter Lundborg was born in 1974 and obtained his doctoral degree at Lund University in 2003. After a number of years at VU University in Amsterdam he returned to Lund where he was appointed professor of economics in 2012.

Lundberg is a highly productive empirically-focused researcher who has used Swedish register data of high quality to answer questions where casuality plays a central role. He has made important contributions within health economics and labour market economics, and in later years also within family economics and financial economics.

A central theme for Lundberg’s research is how human capital is created and what role it plays for the economic development. He has demonstrated how small differences early in life – both concerning education and health – have long-term implications on success later in life; effects that also spill over on future generations. During the last few years, Lundberg has had an interest in family economics.

In a recently published, highly-noted paper, he presents an innovative method to study connections between childbearing and labour supply and shows that differences in fertility play a greater role than previously thought when trying to explain differences in salaries between men and women. In other recent work, Lundberg has studied how differences in saving, capital and tendency to take financial risks are transferred between generations and demonstrated that the differences can be explained primarily by the environment when growing up, while genetic factors play a smaller role.

Lundberg’s research has had a broad reach and he is frequently quoted in both academic literature and in leading international news media. He has also been active in the economic policy debate in Sweden, participated in a public investigation and published popular science articles. For more information about Petter Lundberg’s research, see https://sites.google.com/site/atpetterlundborg/.

About the award
The purpose of the Assar Lindbeck award is to promote economics research in Sweden through the awarding of a monetary price of SEK 200,000 to an economist who does not turn older than 45 years of age the year when the award is handed out.

New this year is a workshop for junior female economists on October 5th, after the main workshop´s concluding lunch. During the workshop the participants are given the opportunity to discuss a current project in smaller groups together with a senior researcher. For more information please contact eva.ranehill@economics.gu.se.

In association with the National Conference in Economics in Växjö October 4-5th, we organize a workshop for junior female economists. The workshop starts at 15:00 on Friday, October 5th, after the main workshop´s concluding lunch, and will last for about 2 hours.

The workshop follows the concept of the EEAs yearly WinE retreat. During the workshop the participants will discuss their current work in smaller groups together with a more senior researcher. The idea is that all group members will have read and prepared comments on each other´s work (either a working paper or a detailed study proposal). The purpose of the workshop is to give the participants feedback on their work, and to enable researchers with similar interests to meet.

We welcome applications from junior female applicants (PhDs and postdocs) before May 14th. The application should be sent to eva.ranehill@economics.gu.se, and should comprise of a CV, a short motivation to why you want to participate in the workshop, and the work you want to discuss.

Priority will be given to applicants with research projects that are in the final stages. The group discussions will be held in English.

Participation is free. We are looking into the possibility of covering additional costs should anyone need it. If you have any additional questions please contact eva.ranehill@economics.gu.se.

If you would like to present a paper or give a poster presentation at the conference, you should send your paper as an attached pdf via this link.

The conference is free of charge. Lunch, “fika” and conference dinner is included.

In case of late registration a fee will be charged.

Application for reimbursement is made in the registration form.

We have pre-booked rooms at the following hotels. Kindly call the hotel you would like to book or email your booking with booking code “NEK2018” and you will get our special price for the conference. NOTE: It is not possible to book the pre-booked rooms online or on the hotels’ own websites.

For more basic accommodation we suggest that you contact one of the following alternatives:

Find your way to the conference

The conference will be held in buildings M and N on the university’s campus, located about 3 km from Växjö city centre.

There are regular departures between Smålands airport and Bromma. The airport is located about 4 km from the city centre and reached by taxi or airport buses that depart roughly every twenty minutes.

Travelling to Växjö by train is smooth and easy. The train station is located in the city centre.