Microorganisms play an important role in all ecosystems and they can survive under the most extreme conditions. Researchers at Linnaeus University have investigated microbial communities in two extreme environments - acid sulfate soils and the terrestrial deep biosphere.

The studies are made by Xiaofen Wu and the results are presented in the new doctoral thesis "Structure and function of microbial communities in acid sulfate soil and the terrestrial deep biosphere".

In the first study, samples of Finnish acid sulfate soils were investigated. Soils that contain metal sulfides are frequently found in coastal areas of the Baltic Sea. If such soil is exposed to oxygen, by either natural phenomena such as land uplift or human activities, the metal sulfides become oxidized and the soil becomes acidic. This can lead to severe environmental damage.

"The goal with this study was to understand the processes that lead to this soil releasing acid and heavy metals into the environment", says Xiaofen Wu. 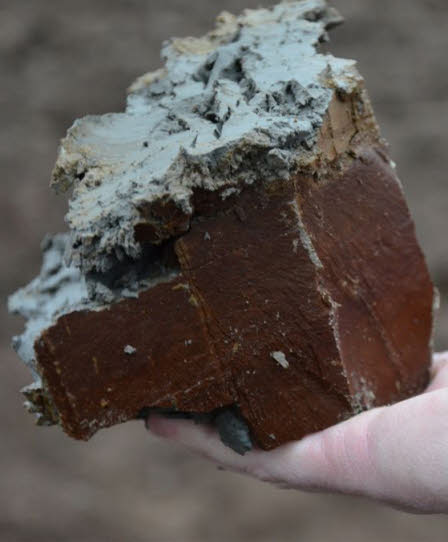 Acid sulfate soils are frequently found in coastal areas of the Baltic Sea.

The structure of the bacterial community was studied by sequencing its collected genomic information.

"It was found that microbes that preferentially thrive in acidic environments are present in these soils, and likely accelerate the release of polluting agents", says Xiaofen Wu.

Additionally, different strategies to neutralize the acidity of the soils were evaluated, including treatment with calcium carbonate (lime) and calcium hydroxide. The result showed that treatment with basic compounds inhibited the release of these polluting agents.

In the second study, the researchers investigated the deep biosphere. The study took place in the dark and nutrient-depleted environment of the Äspö Hard Rock Laboratory, which serves as a model for a nuclear waste disposal site.

At Äspö Hard Rock Laboratory the researchers studied the processes and reactions that could possibly affect nuclear waste containers.

"In this study we wanted to explore and contribute with more knowledge about the processes and reactions that could possibly affect nuclear waste containers over the millennia of their storage time", says Xiaofen Wu.

Despite the scarcity of carbon and energy sources, the deep biosphere is estimated to constitute up to 20% of the total biomass on earth and thus, represents the largest microbial ecosystem. However, due to the difficulties of accessing this environment, details of the diversity and metabolism of these communities remain largely unexplored.

In the course of this project, ultra-small microbial cells were found in the various waters flowing through the rock of the mine shaft. Both their and their larger counterparts' genetic information at various depths was sequenced and studied, resulting in the recognition of a great variety of life styles, even in this barren environment.