In a new EU project, in which, among others, Linnaeus University participates, biological motors are used to build next generation computers. To visualise the research, the project is now getting help from the German artist Tim Otto Roth.

We have earlier written about Linnaeus University's participation in the five-year project Bio4Comp. In short, the aim of the project is to build a computer that is driven by molecular motors instead of electronic circuits. Such computers have potential great benefits compared to conventional computers when it comes to solving certain types of problems, the method is far more energy-efficient and the calculation processes have certain things in common with the proposed so-called quantum computers.

A biological computer is based on entirely different principles than the technology in a regular computer. A computer that uses biological calculation methods can calculate all possible solutions simultaneously. Imagine standing in the middle of a labyrinth with 100 different possible paths to choose between – but only one leads to the exit. A regular computer will try every path one by one until it finds the right path. A biological computer would try all 100 paths simultaneously.

In order to get an outside perspective on the research and to learn new ways of communicating, it has been decided within the project Bio4Comp to collaborate with the artist Tim Otto Roth. The idea is that he in different ways can visualise the research, which otherwise is mainly seen through a microscope. 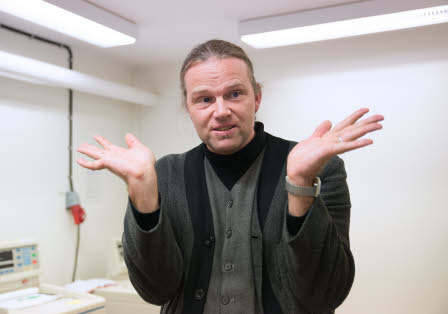 Tim Otto Roth is an awarded German light artist and composer who is famous for his large art and science projects in the public space. He has worked in close collaboration with research institutes like Max Planck Society, CERN and NASA.

"In the initial phase, I have visited all the research environments within the project. We are now entering the production phase and the final product will be a video and sound installment that will shed light on the new paradigm we are facing, a living calculation process at sub-microbiological level", says Roth.

"Tim's visit has been very rewarding for us and stimulated us to look at certain scientific problems in a new way. It has also contributed to making our research group more closely knit because we have been doing something together that differs from what we normally do. The collaboration will allow us to approach the science from new angles as well as create new ways of illustrating the research in order for it to be spread as popular science", says Månsson.

The installment will be shown at Centre Georges Pompidou in Paris this summer.

If you want to learn more about Tim Otto Roth's participation in the project, check out the project's website https://vertigo.starts.eu/calls/2017/residencies/smartsos/detail/

You can also see previous work by Tim Otto Roth at his webpage www.imachination.net 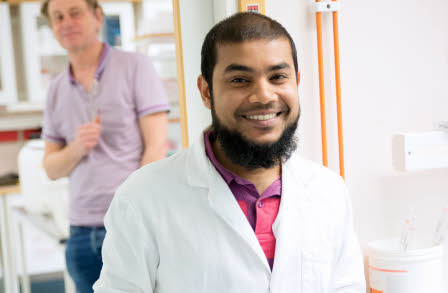 Solutions for the tests are prepared by doctoral student Mohammad Ashikur Rahman (Ashik) under supervision of Alf Månsson.
Previous Image Next Image 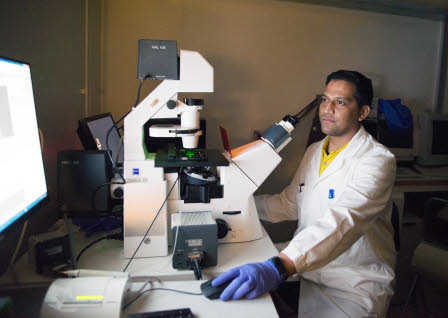 Venukumar Vemula, research engineer in the Bio4Comp project, studies the chip in a microscope after it has been mounted on a slide and been fitted with molecular motors and actin in suitable saline solutions with added cellular fuel in the form of the energy-rich molecule ATP.
Previous Image Next Image 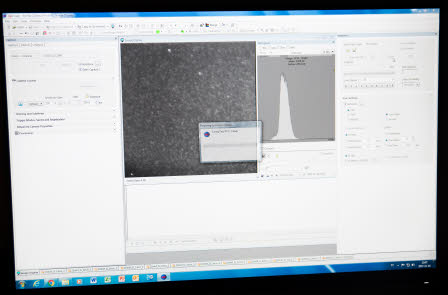 Depiction of computer screen showing the steering program for our very sensitive camera and a film slide showing fluorescent actin threads that are attached to the myosin molecules which, in their turn, are attached to the chip’s surface.
Previous Image Next Image 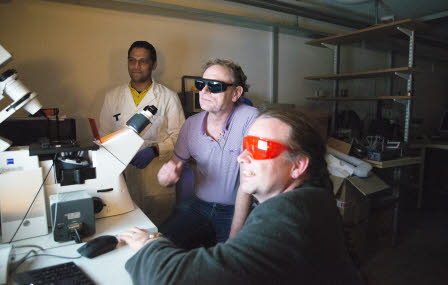 Tim-Otto and Alf with laser safety glasses, checking if the lighting in the microscope works. Venukumar observes in the background.
Previous Image Next Image 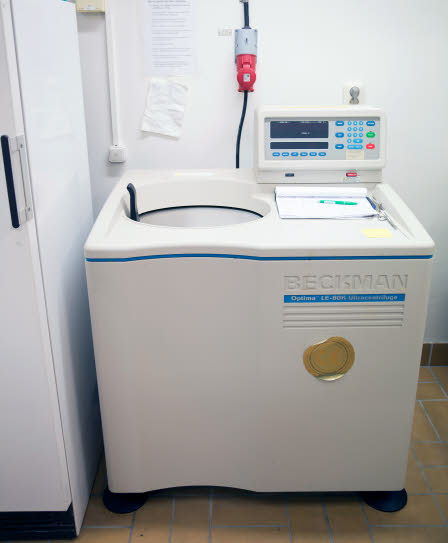 An ultracentrifuge, a very important instrument in the studies. It is used to centrifuge down certain proteins like, for instance, myosin and actin and in this way separate these proteins from thousands of other proteins in a muscle. The centrifugation exposes the proteins to enormous forces – equivalent to more than 500,000 times the Earth’s gravity!
Previous Image Next Image 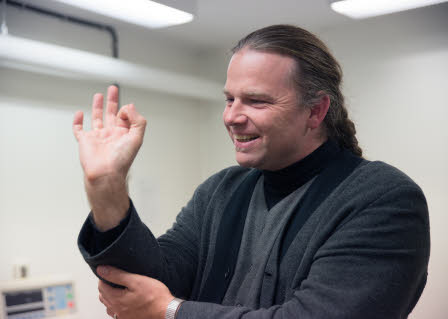 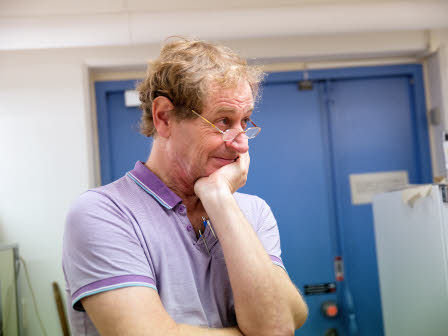 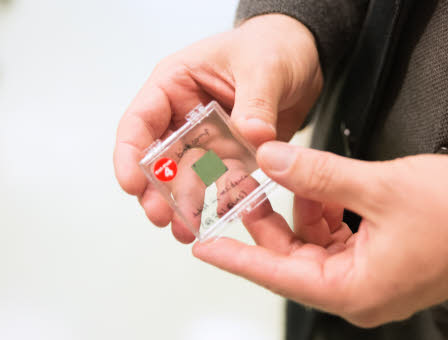 Tim-Otto has brought a chip from his visit to a Fraunhofer institute that participates in Bio4Comp. The research team will now investigate if their molecular motors (myosin) can transport actin threads in nano-channels on this chip.
Previous Image Next Image