More than 50 people – students, business professionals and researchers – came together in Växjö during 6-7 April to programme and to be inspired by each other.

Open.Science.Hack was a 24-hour hackathon arranged on 6-7 April 2019, promoting open science and open source. It is Växjö’s biggest IT event and was organised by local networks – Kodkollektivet, Spiik, WiTech and Vxodev – and the researchers at Linnaeus University Centre for Data Intensive Sciences and Applications (DISA).

During the hackathon, eight teams got to dig into different data sets related to diabetes networks on Twitter, discussions of the 2016 US Election on Reddit, events from the ALTO Very-High-Energy gamma-ray detector project, and annotated images of Common Objects in Context.

The trophy for the best technical execution went to the Drop table user team. The team investigated a social science data set consisting of Twitter tweets. Focusing on diabetes tweets, the team found the active community users and the central influencers in the community, and identified tweet topics and themes from the data set provided. For more information about their work, see Cocodataset.org. 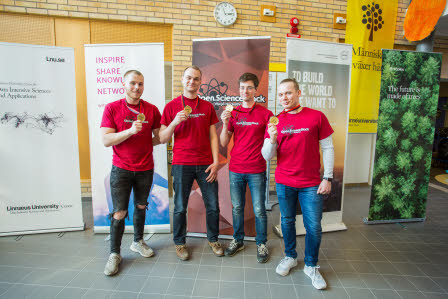 The trophy for the best idea was awarded to A-Team. The A-Team investigated a natural science data set consisting of recordings of particles coming from outer space. Using machine learning and clustering in particular, they filtered out radiation influence by distinguishing recordings of actual particles from recordings of radiation. For more information about their work, see https://alto-gamma-ray-observatory.org. 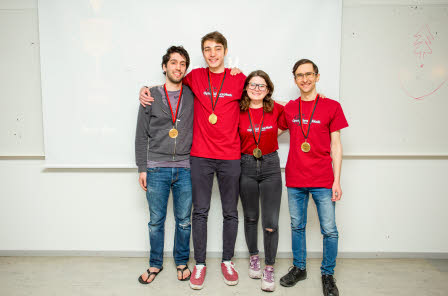 The winners have been invited to present their work and ideas at the Big Data conference in Kalmar on 5-6 December.

Open.Science.Hack was organised by Julia Ostheimer, president of the IT student organisation Kodkollektivet; Lynette Pagden, member of the female network WiTech; Morgan Ericsson, associate professor at the Department of computer science and media technolog at Linnaeus University; and Anders Engström, member of the business professional network Vxodev. The event was sponsored by Södra, Volvo CE, Play’n Go, Combitech, Softhouse Consulting and DISA.

For more photos and information from the hackathon, visit Open.Science.Hack at Instagram.