Together with researchers from Brazil and France, professor Marcelo Ketzer and his colleagues at Linnaeus University have discovered methane gas leakage from gas hydrate dissociation caused by climate change, something that has never been witnessed in the Southern Hemisphere before. These new research discoveries have recently been published in Nature Communications.

Gas hydrate is an ice-like substance formed by water and methane at depths of several hundred metres at the bottom of our oceans at high pressure and low temperatures. Methane is a potent greenhouse gas, roughly 25 times more potent than carbon dioxide, and it is estimated that methane frozen in these sediments constitute the largest organic carbon reservoir on Earth. The fact that methane gas has now started leaking out through gas hydrate dissociation is not good news for the climate.

“It has been estimated that there are more organic carbon in the form of methane in hydrates than in all fossil fuels combined. The leakage of methane could lead to a feedback loop in which the ocean warming melts gas hydrates resulting in the release of methane from the ocean floor into the water. The warmer it gets, the more methane leaks out”, explains Marcelo Ketzer, professor of environmental science at Linnaeus University.

This process is believed to have triggered and amplified climate changes in our geological past. In collaboration with Brazilian and French colleagues, the researchers at Linnaeus University have now, with the help of sediment samplers and remotely-operated submarines, discovered that this process takes place in the Southern Hemisphere. The samples with gas hydrates have been collected in the South Atlantic sediments, near the Brazilian coast.

“These findings contribute with new evidence that this is a global phenomenon”, says Marcelo Ketzer.

The researchers could also demonstrate that when methane reaches the ocean water it is dissolved and consumed to a certain extent by microorganisms, which results in the formation of carbon dioxide. It is known that, in large quantities, this process can change the chemistry of the oceans.

“The hydrate dissociation and related methane leakage to our oceans is a long-term process that can last for several centuries, and it can lead to a significant amplification of the climate change effects and to changes in the oceans chemistry, for instance, in the form of further acidification”, Ketzer continues.

The data was collected during three offshore expeditions in the South Atlantic Ocean in 2011, 2013, and 2014 and have recently been processed and modelled at Linnaeus University, which resulted in the publication of an article in Nature Communications.

“We now continue working with these data and results in order to get a better understanding of how much methane there is in the studied region, and how much may be released from gas hydrate dissociation into the ocean water in the future”, says Marcelo Ketzer.

The same research group from Linnaeus University participated in an offshore expedition before the summer to study the accumulation of methane in the Baltic Sea as well.

“There is no gas hydrate on the Baltic Sea because it is too shallow, but we did find significant accumulations of methane in the sediments”, Ketzer concludes.

Link to photos and video:
https://lnu.box.com/s/n70ubrxeb0ps76hdzmceft2fqmo39awo 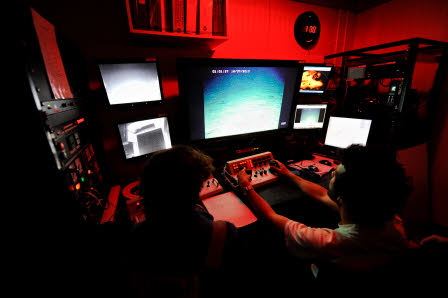 The submarine's remotely controlled room. Real time images of the bottom of the sea are sent to this control room. Photographer: Bruno Todeschini
Previous Image Next Image 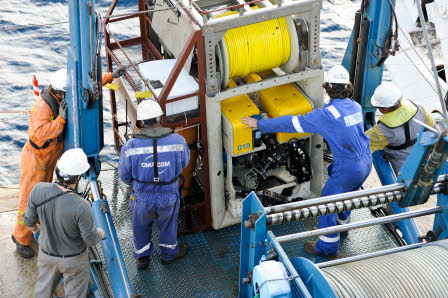 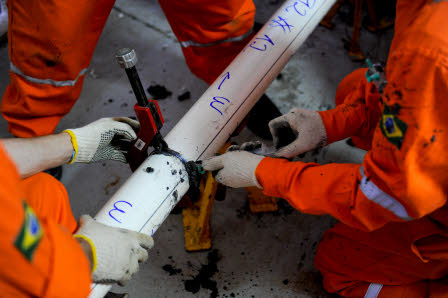 The metal tube contains a white plastic tube inside with sediments. The researchers are cutting the plastic tube to access the sediments inside it. Photographer: Bruno Todeschini
Previous Image Next Image 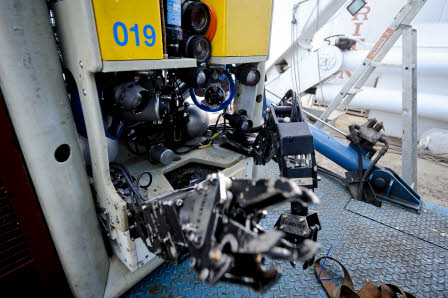 The remotely operated submarine used to film methane bubbles at the bottom of the sea. The submarine also contain arms that can be used to collect samples. Photographer: Bruno Todeschini
Previous Image Next Image 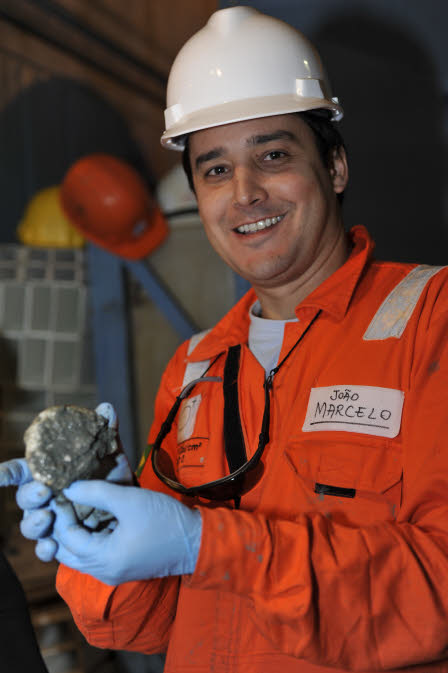 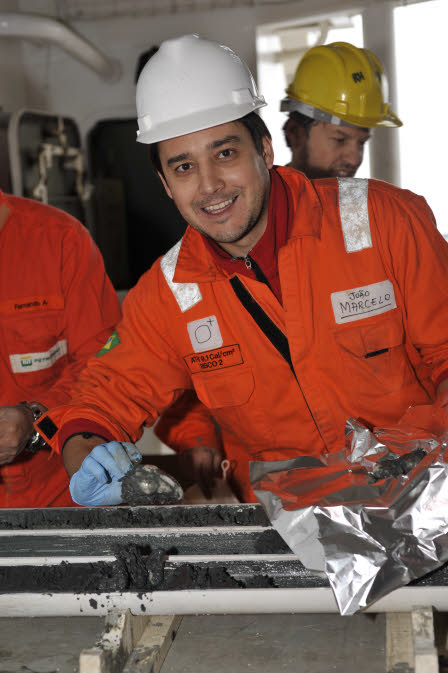 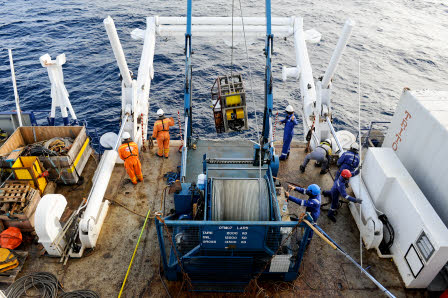