The Linnaeus University historian Birgit Tremml-Werner has studied how interpretations of the past are used to create histories favorable for political aims. In one study she has focused on letters, agreements, and licenses between Japan and the Spanish Empire in the 17th century, and studied how the word ‘friendship’ was used and translated.

The result: the Spaniards often spoke of friendship in their trade documents, while the Japanese neither used nor translated this word. However, in Japanese 20th-century translations of the same documents, things sounded a bit differently. And those translations exerted a great deal of influence.

The word ‘friendship’ has often been used to describe the relationship between nation states to establish that “we are not involved in a conflict with each other”. Birgit Tremml-Werner studied how this concept was used and translated in one specific case: in the correspondence between the Spanish Empire and Japan during the early 17th century. At this time, the Spanish Empire had a colony in what today is the Philippines, and were looking for expanding their trade in the region. Japan was particularly attractive for their plans. Tremml-Werner studied letters, agreements, and licenses between the two countries. 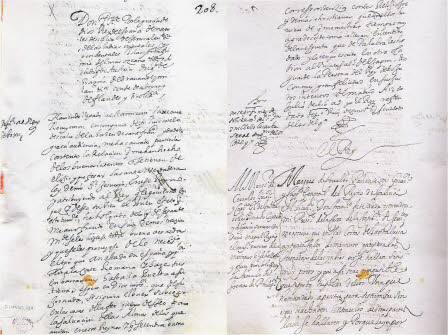 Letter from the Spanish king to Date Masamune, Lord of Sendai. From 1616. Source: Wikimedia Commons.

“In the Spanish documents, there was often emphasis on friendship. This was the case, for instance, in the correspondence with the shogun, the ruler of Japan. The Spaniards wrote that they sought trade and friendship, that they came with peaceful intentions”, Tremml-Werner explains.

However, in the Japanese translations, the word ‘friendship’ is omitted. This is the case also in documents that were originally written in Japanese. Tremml-Werner believes that the reason for this is that the word ‘friendship’ was not used in the same way in the Japanese language and was, therefore, difficult to translate. The concept of and term for friendship existed to describe relationships between people, but not between nation states.

“The two languages were not synced. ‘Friendship’ was not used in Japanese political language. What is more, Japan considered itself superior to the Spanish Empire, while the Spaniards perceived the two countries as equal and thus understood all exchange as mutual. Thus, talk of friendship was not relevant from this aspect either”, Tremml-Werner continues. 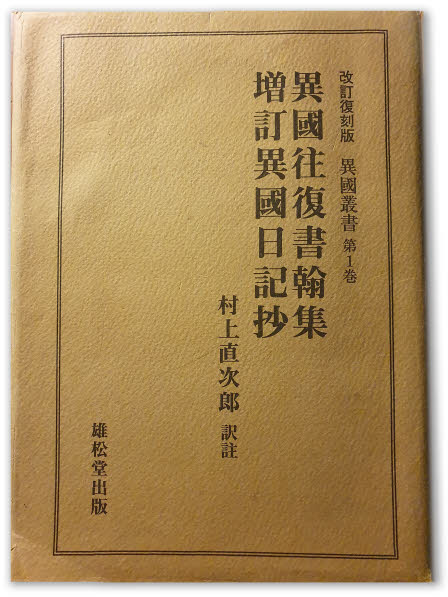 A Japanese Collection of Letter Exchange with Foreign Countries, from the early 20th century. Included are the new translations of the documents from the 17th century.

New translations of the documents

Much later, new translations were made of the documents. In the beginning of the 20th century, Japan was eager to strengthen its role as an international player. Demonstrating that the country had a long history of international contacts, for instance, with the Spanish Empire in the 17th century, was useful in this respect. However, many of the Japanese trade agreements from this period were gone, which is why new translations of the Spanish originals were ordered. And this time, the friendship was emphasized. The translators pointed out that Japan and Spain had conducted trade and had a friendly relationship for several hundred years. Newly translated texts were spread across the country, they were used by politicians, in media and teaching, and were assumed to have been executed correctly.

“These new translations focused to a great extent on the historical friendship. The historical documents were seen as evidence of several hundred years of good relations with European trade partners and would come to serve a sort of national propaganda that affected the interpretation of the 17th century documents. The translations exerted a great deal of influence. They became a way for Japan to position itself, to strengthen its position”, Tremml-Werner explains.

But friendship was not mutual

“The idea of political friendship between the two countries in the 17th century did not exist. The friendship that subsequent translators spoke of was simply not there”, Tremml-Werner explains.

Tremml-Werner means that the use of the new translations from the 20th century is an example of when a country uses and interprets history to its own advantage, to gain benefits. 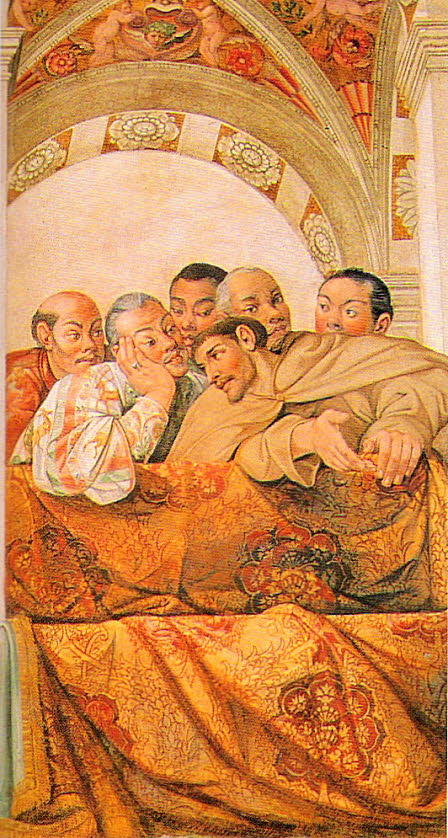 “History is used to create a certain self-image. One way of national myth-building is to give emphasis to one’s arguments, by saying that ‘we have been doing this for centuries’, even if it is not historically correct. More current examples include the PRC’s claiming that Taiwan has been Chinese for millennia. Such abuse of historical facts, which can help to establish fake news with both lasting and far-reaching consequences. This shows how important it is to go back to the historical documents and know how to read them”, Tremml-Werner adds.

“The study also demonstrates what different layers of meaning can be found in any translation – linguistic and cultural as well as strategic – when translators are to interpret meaning from one context to another. It also shows that ‘friendship’ is not a universal concept that has always been understood the way we understand it today”, Tremml-Werner concludes.

The article is published in Journal of the History of Ideas