Since a few weeks back, researcher Marcelo Ketzer from Linnaeus University takes part in the Mediterranean Sea expedition Mission Albacore, together with researchers from, among others, Sorbonne University. His mission is to study the presence of methane gas in the ocean floor, which is one of several contributing factors to the formation of submarine landslides and tsunamis.

Hi Marcelo! Where are you right now?

We are in the western part of the Mediterranean Sea, more precisly in the Alboran Sea. It’s located between Spain and Morocco. We left Toulon in southern France in mid-October and will spend one month at sea. 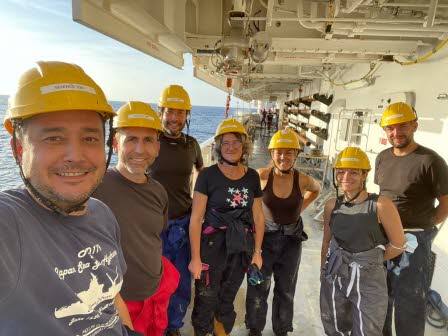 Marcelo together with some of the research colleagues on Mission Albacore. Photo from the expedition’s blog.

Why are you in the Alboran Sea? 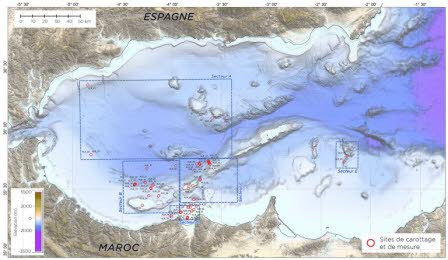 The Alboran Sea is one of the most geologically active areas in the Mediterranean Sea, and earthquakes, submarine landslides and tsunamis are commonly occurring here. The idea of the project is to improve our understanding of the occurrence of these phenomena and to be able to assess the risk of them happening. We collect samples from the ocean floor sediment, which we then analyse to get information about how climate changes and submarine landslides ocurred in the past.

What is it that you study? 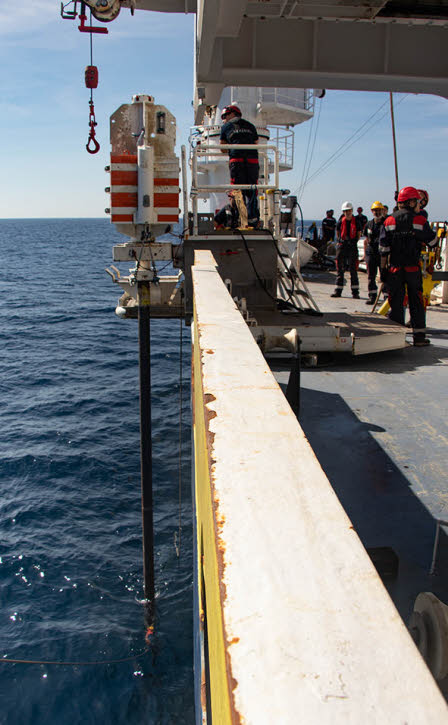 The sampling tube being lowered into the sea. Photo from the expedition’s blog.

How do you collect the methane gas samples?

We use an instrument called piston corer to obtain the samples. It is a long and heavy tube that penetrates deep into the ocean floor to collect sediment. On the inside of the tube, there is a piston that helps get sediment into the tube. The gas from the ocean floor is kept in the tube. We then bring the tube up and take out the sediment core. We analyse the sediment samples partly on the ship, but the more in-depth analyses of the chemical composition of the gas, its quantity and origin we conduct in our laboratory at Linnaeus University. 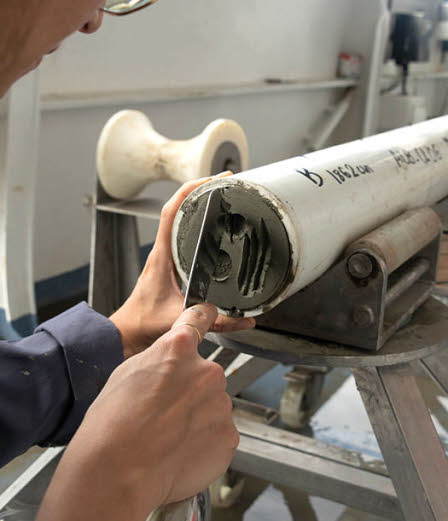 Close-up photograph of sediment core that has been brought up from the ocean floor. From the expedition’s blog. 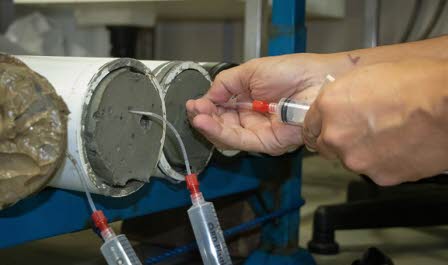 Marcelo also examines the water found in the sediment. He uses special syringes to collect the water. From the expedition’s blog.

To learn more, check out Mission Albacore’s own blog. It in French, but contains many more photos from the expedition.