Wazhma, an alumna from Linnaeus University, was one of the first Afghan women to contribute to the digital protest #DoNotTouchMyClothes.

- The hashtag is important because it represents Afghan women’s identity. As an Afghan, I cannot tolerate seeing something that does not belong to me being imposed on me as part of our identity, says Wazhma.

The hashtag responds to a sit-down demonstration orchestrated to support the Taliban at Kabul University. About 300 women appeared in all-black burkas covering their faces, hands, and feet. Earlier, this sort of dress was never seen around the country, according to Wazhma. After the demonstration, Afghan activists started posting traditional Afghan clothes to show the authentic Afghan culture.

- I was concerned that the black burkas would be seen worldwide as an Afghan tradition, which is wrong. I don’t want my culture and heritage to be misunderstood, says Wazhma.

Wazhma studied the bachelor’s programme Peace and Development and the master’s programme in International Affairs at Linnaeus University.

- As a former political science student, activism has always been part of my life. I have been engaged in many social and online platforms advocating women and human rights. I have also written articles and taken part in debates to spread awareness about fundamental human rights. In Sweden, I worked as a volunteer to support refugees, and it made me proud to be engaged in society and spread awareness, Wazhma continues.

Wazhma is happy that she chose Linnaeus University for her bachelor’s and master’s studies.

- I think it’s one of the best choices I have ever made. Through these programmes, I have learnt a lot. The unique teaching method at Linnaeus University has polished my academic knowledge so that I, with confidence, can deliver my awareness across different mediums. Linnaeus University is a place where students gain theoretical knowledge, but also learn to use their knowledge in practice. During my studies, I met some strong and beautiful girls who I will always look up to, Wazhma explains.

- My dress is a beautiful vintage piece that represents the ethnic identity of Pashtun women. Such dresses are still worn by most Afghan woman on special occasions such as Eid, weddings, New Year’s Eve, or when having a get-together with family and friends. The dress and its embroidery is handmade and the colours are those of the Afghan flag, Wazhma concludes. 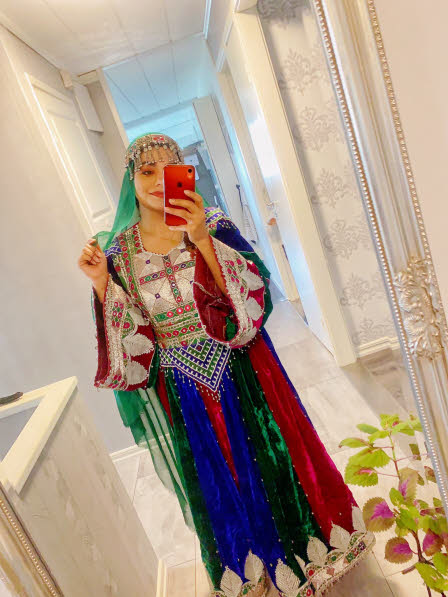 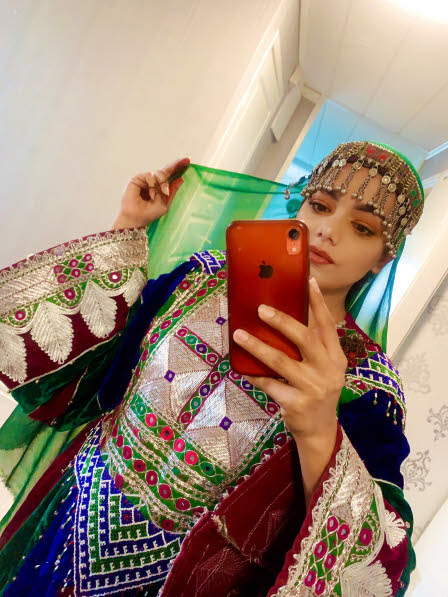