Cecilia Österman, researcher at Kalmar Maritime Academy, started conducting research by a coincidence, after having interviewed a researcher for an article in Sjöfartstidningen:
“We were both taking the train to Gothenburg after the interview, and were sitting together at the train station in Malmö. After a while, she asked me if I wasn’t interested in doing research. I answered something like, I don’t know, and the rest is history. All of a sudden I was a doctoral student! It’s like that sometimes. When an opportunity presents itself, you must grab it!”

Österman’s background is within the shipping industry, and she has worked a total of 12 years at sea.
“I went to sea as an engine student after finishing upper secondary school with sailor focus. When I told my parents that I was going to apply to an upper secondary school with sailor focus they freaked out”, Österman says laughing. “But after that, I also studied marine engineering at Chalmers”, Österman adds.

What’s special about working at sea?
“What’s most special is that you often live onboard, meaning the boat becomes both your workplace and your home environment. You have breakfast, lunch, and dinner with your colleagues, you visit the gym with them and you watch movies together. It is likely that you will not meet many other people than the ones you work with. It’s kind of a geographical and social isolation”, Österman continues.

The shipping industry is traditionally a hierarchical environment, and on a boat hierarchy is often evident. Uniforms may have different insignias, you may live on different decks and eat in different messrooms depending on whether you are an officer or crew. There is also a very strong professionalism culture in the shipping industry.

“I’m not only Swedish or Filipino, I’m a sailor. Being a sailor can unite us in a stronger way than most other things”, says Österman. 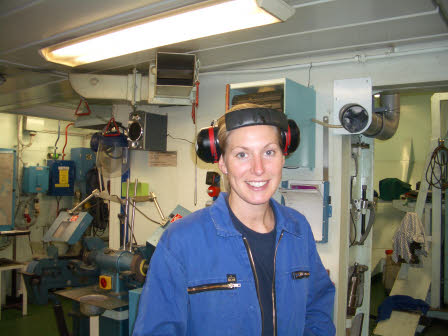 "When I went to sea, you did not have your own TV or mobile phone in your cabin. There was one TV and you had arguments about what movie to watch. If I wanted to call home I had to use the phone on deck and sit behind a curtain and talk, while my colleagues tried to eavesdrop."

When we talk onboard work environment, she informs about the UN’s international shipping organisation IMO (International Maritime Organization), which initiated a programme 30 years ago with the aim to include more women in shipping. One of the main goals has been to make it possible for women to study to become sea captains.

“From a Swedish perspective, this goals seems quite modest. Here, it goes without saying that women can study to become sea captains. However, we must work on making them want to do this and make sure that they have the same conditions as the male students. Women should also be well received on internships, get good jobs with the same conditions as men and feel good onboard”, Österman continues.

Österman says that she still hears from students and women sailors that things are going on onboard that are not ok, despite all fancy words and policy documents. 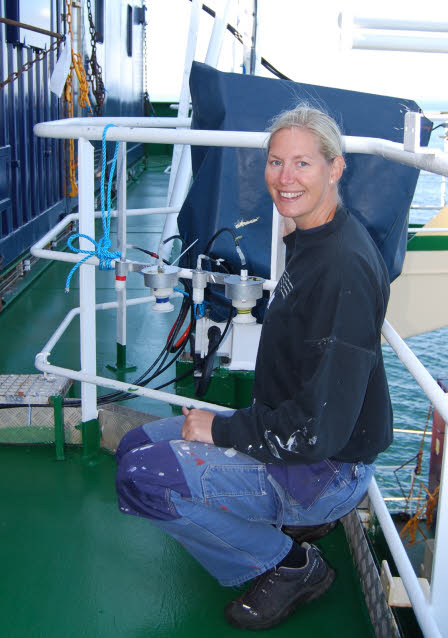 "I know that I may sound a bit pessimistic sometimes, but I truly love this trade! I recommend everyone to go to sea and work in the shipping industry. It’s truly amazing!"

The shipping industry has developed short online courses in equality and inclusion, which you can take when signing on.

“Sometimes I feel that this great belief in solving problems by having people study is kind of cute. However, in a worst case scenario, such courses offered with no context can be counterproductive and give the perpetrators more energy and new tools for bullying. Larger measures are required. We must continue working with this”, Österman continues.

Österman says that nowadays she is often invited to talk about work environment and equality in shipping in different contexts. There is an interest in these questions.

“My experience is that everyone thinks that this is important now. Top managers and representatives for important shipping organisations talk about equality and write about it on their social media accounts. This was unthinkable only ten years ago”, Österman continues. 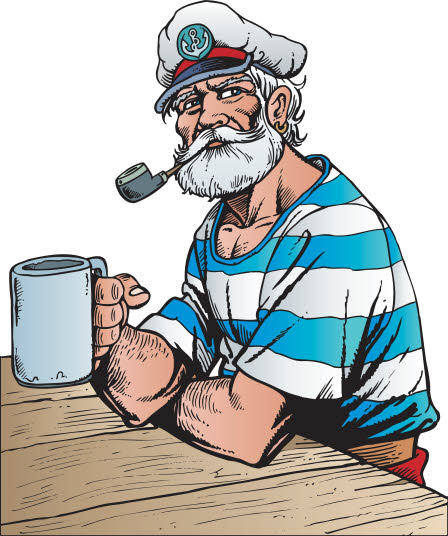 "Just for the fun of it, try picture googling “sailor”. The result will only show Popeye, Captain Haddock, and a bottle of rum. No one looks like me."

Fit for the trade

Österman has several research projects on work environment at sea in the pipeline. Together with her colleague Magnus Boström she is writing the final report for a project on equal shipping. The also conduct research on skills supply, with focus on recruiting young people and make them want to stay in the shipping industry.

“Last spring, we interviewed young marine engineers who were about to graduate. Out of the 18 people we interviewed, four said that they never wanted to set foot on a ship again. Some said that they would like to go to sea again but in that case on another ship than the one on which they had done their internship” Österman explains.

The sailor profession is male-dominated, and the work is often considered masculine, associated with “a real ma’s work”. This makes recruiting students a challenge. Kalmar Maritime Academy has an important role to play as culture carrier, in addition to offering good education and learning environment.

“You are often expected to keep a stiff upper lip and take the bulls by the horns – to be fit for the trade, as you say. Today, there are, of course, other skills that are much more important”, Österman says.

Österman is also working on research projects on personal safety equipment at sea and ship fuel. 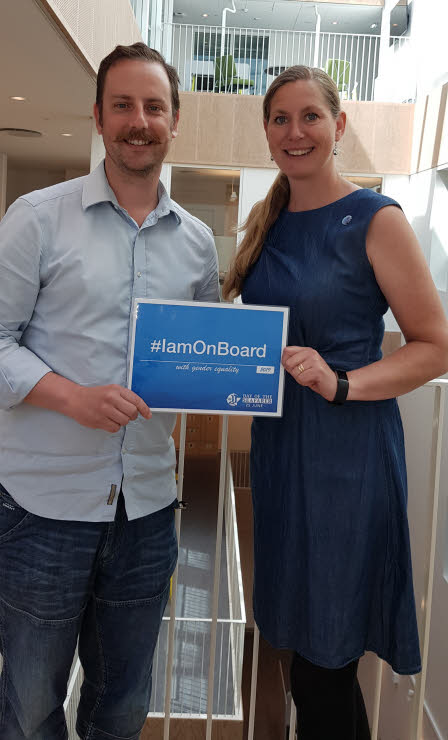 "If you take a look at my projects, it’s worthless from an academic meriting perspective, there is no red line. Other than the fact that I think it’s great fun! Doing fun stuff with fun people, that’s important. "

Everyone should be able to contribute

We humans like to be of use, to feel that what we are doing is important to someone. Why is your research important?

“My research is about human rights really. Everyone has the right to a good work environment and a good working life. Everyone should be able to affect their work and life situation. We should have an inclusive working life, where everyone can contribute to the best of their abilities”, Österman continues.

One would think that this goes without saying. Do we really need to talk about this?
“Yes, we do. This does not just happen. We must work consciously and strategically, and know what we want and what we must do to achieve this. There are those who believe that this will just happen, because it is so important and obvious. But it will not”, Österman concludes.