Mummification of dead bodies may have been practiced much earlier than what has previously been known. This is shown in an analysis of 8,000 year old Stone Age graves in Portugal, studied by researchers via rediscovered photographs. The study has been conducted by researchers from Linnaeus University, Uppsala University, and Universidade Aberta in Portugal.

A mummy is a dried dead body that has been preserved either intentionally or by chance. Most known mummies in the world are estimated to be between a few hundred years and 4,000 years old, but a new study indicates that bodies were intentionally mummified much earlier than this, as early as 8,000 years ago.

“This discovery shows that mummification of dead bodies occurred in Europe already during the Stone Age. This has not been known previously. The previously oldest known findings of mummification in Europe were from the Bronze Age, this is now being moved back several thousand years in time. This could even be the oldest known mummy in the world”, says Liv Nilsson Stutz, professor of archaeology at Linnaeus University. She is the main author of the study together with Rita Peyroteo, archaeologist and researcher at Uppsala University.

Nilsson Stutz means that a challenge that comes with studies of prehistoric mummification is that the body’s soft tissue is rarely preserved. This makes it difficult to see clear signs of preservation treatment of the dead body.
“Above all, this is a problem in temperate and humid climates, which corresponds to most of Europe, where soft tissue and textiles are rarely preserved in archaeological contexts”, Nilsson Stutz continues.

The skeleton was not positioned in a natural way

The researchers have used rediscovered photographs that have been missing since the excavations of Stone Age tombs in the Sado Valley in Portugal in the 1960s. Using these photographs, they have analysed in detail how the bodies in the graves were positioned when they were excavated. Based on knowledge of how the human body is decomposed, they have been able to reconstruct how the body was handled after death. One of the graves show clear signs of mummification. 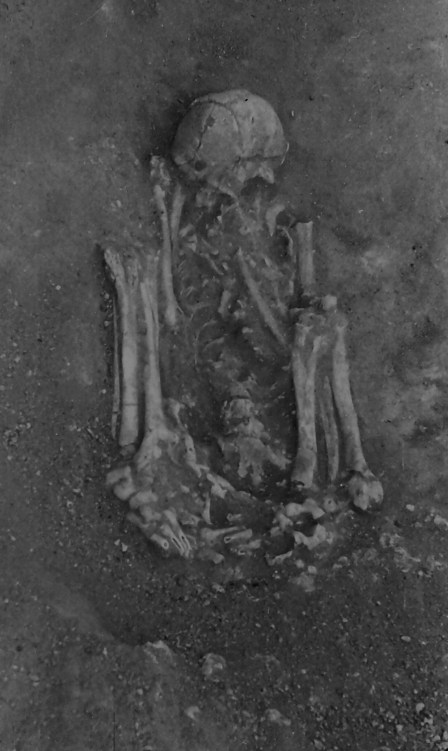 “We could see that the skeleton was not positioned in a natural way in the grave. It was significantly more contracted and, what is more, the bones had not collapsed in the expected way – for instance, the feet and toes had not moved at all, which they should do under normal circumstances as the soft tissue decomposes. This looks like what we know about mummification”, Nilsson Stutz explains.

The fact that the skeleton was so contracted, is interpreted by the researchers as the body having been dessicated and then contracted gradually using rope or bandage.

In order to be certain that it was in fact mummification, they compared these observations with an experiment that one of the researchers, Harley Mickleburgh from Linnaeus University, had done on human bodies at a forensic research institute in Texas. In this experiment, she made comparisons between two bodies – one regular, and one that she first mummified. She buried both bodies and then dug them up a few years later, after which she made observations of what the bodies looked like. The aim of the study was to develop a model for identifying mummies in various archaeological contexts, in cases where the soft tissue is gone. Through the comparison, the researchers could establish that the mummified body from Texas was similar to the finding in Portugal.

“The Stone Age grave that we have studied in Portugal was similar to the dead body in the experiment that was mummified before burial”, says Nilsson Stutz. 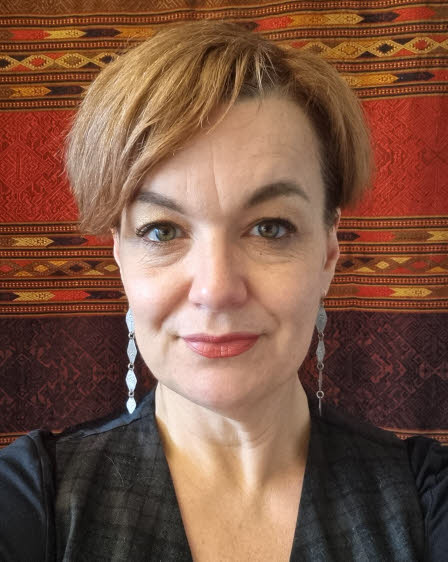 If mummification in Europe is older than what was previously thought, this discovery provides entirely new knowledge about the burial rituals in these Stone Age communities.

“We gain new insight into the significance of maintaining the body’s integrity after death, and into the processes that transformed the body from corpse to mummy. The mummification of bodies made it easier to transport them as the body becomes smaller and lighter when it dries out. This could have been important if it was to be transported to specific burial places. These people were hunters and gatherers, and in these relatively mobile communities the burial places may have served as fixed points for social and ritual life”, Nilsson Stutz concludes.

Liv Nilsson Stutz explains: what is a mummy?

“A mummy is a dried-out cadaver in which the natural decomposition processes have stopped as the body is so dry that the bacterial growth stops. This can occur naturally if, for instance, the dead body is in a very dry environment. But it can also be a condition created by humans through treatment of the body in various ways”.

“Most people are familiar with the Egyptian mummies that were created through invasive treatments of the body. But we also know of cases in which mummies have been created by much simpler means. Ethnographic examples show that you can create a mummy by, for instance, elevating the body slightly above the ground so that the liquids that are created during the decomposition process can trickle down. The dessication of the body can be accelerated by emptying it from liquid. Ethnographically, we know that this can be done by inserting a cane into the anus or other body orifices. It has also been common to light a fire nearby to increase the heat and also produce smoke that can keep insects away. Sometimes the dead body is covered in, for instance, ointments that can also help keep insects away”.

“What is important to understand is that you do not need a lot of technology to turn a dead body into a mummy. However, you must have the knowledge and the time required to take care of the body during the whole process”.

Read the full article: “Mummification in the Mesolithic. New Approaches to Old Photo Documentation Reveal Previously Unknown Mortuary Practices in the Sado Valley, Portugal". The article has been published in European Journal of Archaeology.