The Samburu people in northern Kenya has a unique and still ongoing tradition of creating rock art. Researchers from Linnaeus University collaborate with the Samburu people in a project to document and preserve this rock art tradition. The idea is to provide conditions for a sustainable cultural tourism that can strengthen the local economy.

Rock art is something that we primarily associate with the prehistoric age. It has been practiced for more than 60 000 years and can be found on all continents except Antarctica. However, there are a few places in the world where this practice is still alive, like, for instance, Papua New Guinea and parts of Australia. And among the Samburu people in northern Kenya, perhaps the least known example.

The Samburu people live in a harsh and marginalised region, characterised by large desert areas. Traditionally, they raise livestock as their only source of income. However, the climate changes of recent years have led to more severe droughts, which have resulted in decreasing cattle herds, and that the local population has to struggle to survive.

The images show everyday events from the warriors’ lives, such as animals, objects, or people. 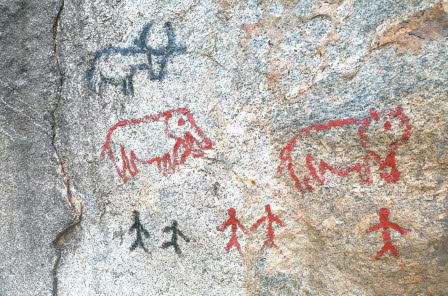 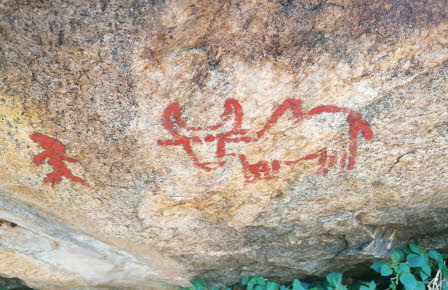 Learning how to become a warrior

The rock art of the Samburu people is created by 15-year-old boys as they go through a kind of adulthood ritual. For a period of time, they leave their villages and live in rock shelters or caves to learn how to hunt, tend to their animals, and become warriors. During this period, they create rock images. The images show everyday events from the warriors’ lives, such as animals, objects, or people. Some show people dancing together, as dancing is an important part of their culture, while others depict girls in their village. The images are painted in red, white, yellow, and black. Originally, before the Europeans arrived in the 1940s, the colours were produced from, among other things, red ochre, charcoal, and animal fat.

“Rock art is often interpreted as depictions of rituals and myths. However, our studies show that the Samburu people’s rock art is simple motifs from everyday life, and is made as a leisure activity”, says Peter Skoglund, professor of archaeology.

The unique thing about the rock art is that it is still being made and that we, therefore, have first-hand information about when, where, and how they are created. 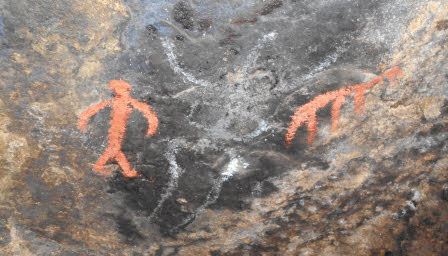 Create a sustainable tourism that strengthens the local economy

Skoglund is project manager for “Samburu Rock Art – A Unique Cultural Heritage”, a collaboration project in which Linnaeus University collaborates with the organisation Empower the Northern Frontier, and the Samburu people. The idea is to build local expertise in documenting the rock art tradition and make it accessible for a wider audience.

“We want to share our experiences of documentation with the Samburu people. We hope that this will make it possible to preserve the unique rock art and make it available to more people. We also want to create conditions for a sustainable cultural tourism that can strengthen the local economy of the Samburu people”, Skoglund continues. 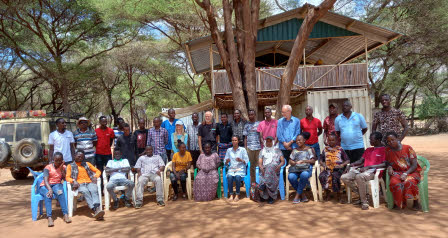 All participants in the project Samburu Rock Art. The photo was taken at a workshop in Nugurnit, where they discussed documentation of rock art and how the cultural heritage can be made available for tourism.

In autumn 2022, Skoglund and his colleagues travelled to Kenya. During their visit, they met with some 30 young people from the Samburu people, who work with documenting the rock art.

“We had practical exercises in the field at which we demonstrated how to document the images in text and photos using Ipads. It was inspiring to work together and amazing to see the local commitment to the preservation and development of their cultural heritage”, says Skoglund.

Together with the project partners in Kenya, they also conducted interviews with the people who have made the rock art. They talked about their images, when and in what context they were made, and what they signify. 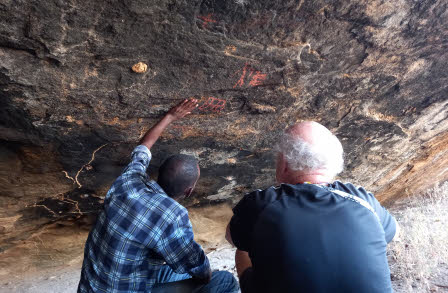 In the interviews, the warriors also explained that they have good knowledge about the rock art made by their ancestors. The oldest known rock art is more than 150 years old. The researchers could see that the warriors of today are often inspired by the images of older generations, but also add their own motifs. Sometimes they also sign their paintings. The images become sort of a mix of several generations’ paintings, which creates a special lifestyle and warrior identity.

“Another thing that we have learned is that the Samburu artists always have specific persons, animals, or objects in mind when making their drawings. It is not just depictions of anything”, Skoglund explains. 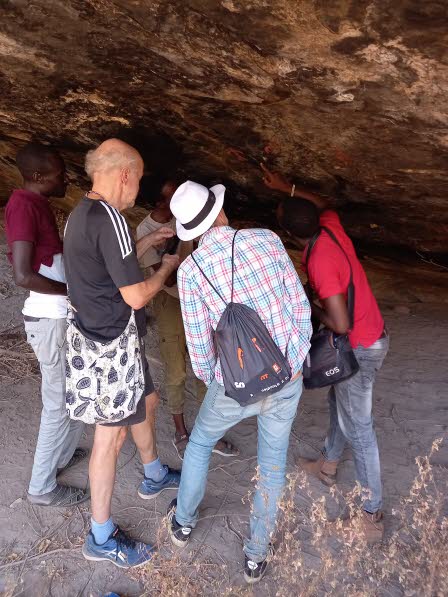 Muchemi Njeruz from the organisation Empower the Northern Frontier means that the project fits well in the future plans of creating a diverse local economy, that is not over-reliant on animals which are prone to climatic shocks.

“Documenting the Samburu rock art heritage for posterity and establishing it as a key tourism attraction will, in the long term, play an important part in providing much needed economic opportunities for the local communities”, says Njeruz. 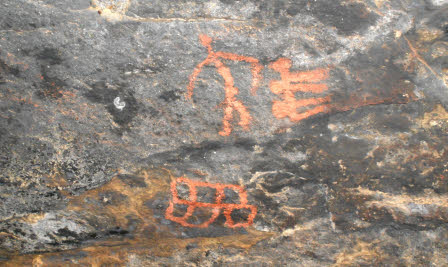