Four students on the Peace and Development Programme at Linnaeus University took part in the multinational UN exercise Viking 22. The purpose of the exercise was to train military personnel, police, and civilians for peacekeeping operations.

The students Daniel Lind, Lisa Algotsson, Esther de Boer, and Brian Bruggeman were all nominated to apply by Manuela Nilsson, who is the head of subject for Peace and Development Studies at Linnaeus University.

They took the chance to apply, seeing the exercise as an opportunity to learn more about peace and security issues and to build networks in preparation for their upcoming work in the field.

For the duration of the exercise, which took place at a military base in Enköping, the students took on different roles. All four think they did well, and they all agree that having had the chance to participate in a peacekeeping exercise in a time of global uncertainty added an extra dimension to the experience.

What was it like being part of the exercise?
– It was fantastic; I learnt a lot I didn’t know before, and I got to meet and be with people from all over the world, with jobs that I think are among the most awesome jobs around. Many of them had over 40 years’ experience of humanitarian operations and had seen pretty much the whole world and been able to help people on the ground, having a huge impact on their lives.

What was the most important thing you got out of the exercise?
–The contacts I made and the advice and experience I got from the other participants, and also inspiration to work with things that make a difference in the world.

Role: Civil society and a representative of Save the Children.

– My mission was to take on the role of different civil and non-profit organisations for UN and military representatives to train against. I answered phone calls, responded to, and wrote emails, made phone calls, played civilians in the conflict, and attended meetings, all in line with whatever role I was playing.

– It was really exciting, and I learnt a lot! Getting insight into how things are done, but also the contacts I made, was beyond price.

– All the contacts that I made and all the wonderful people I got to meet! But also the experience as such. It feels truly unique.

Role: I was part of the human rights offices that’s ere played in the exercise.

– To make the training audience aware of the human rights aspects of the activities.

– It was an intense but great learning opportunity.

Role: ACTORS expert. ACTORS is a virtual program that keeps track of where all the units in the simulation are. I also joined the Safety and Sector Reform (SSR) training team. We were responsible for training the SSR UN team, which we also did by role playing a national SSR committee.

– My mission on the SSR team was training the SSR UN team and making sure they reach their training objectives. At the end we also focused on training the UN police department training audience.

– Very interesting, for many different reasons. I have been in several Dutch military bases, but to work in a Swedish military base for several days was nice to experience. Additionally, the working environment was very pleasant, and civil-military cooperation went better than expected. Finally, the other trainers in my cell all had a lifetime of experience and life stories, which were deeply interesting to hear.

– I have learned many things, as this was all fairly new to me. But mostly I have learned about work ethic, cooperation between the UN and NATO, UN Missions, working with ACTORS, and finally a lot about SSR. 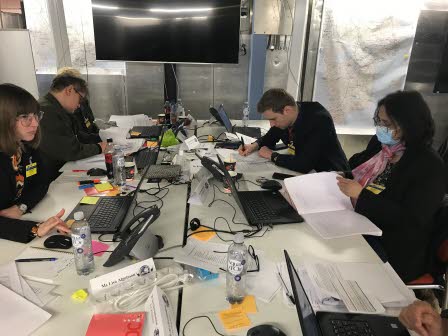 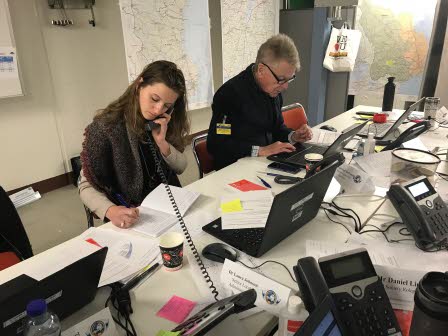 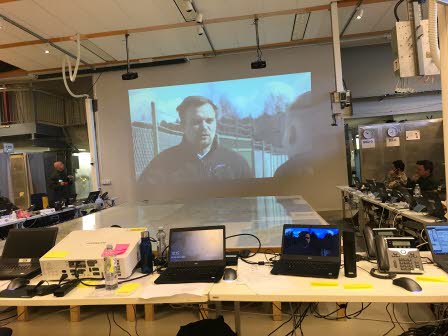