Can Swedes play jazz? When American music critics heard Swedish jazz in the 40s and 50s they were surprised that white, Swedish musicians sounded as good as the American jazz artists. Musicologist Mischa van Kan at Linnaeus University has written a book about when Swedish jazz was celebrated in the United States. A history on Swedish music export, long before the Swedish pop miracle.

It all started when he wrote an essay on “Ack Värmeland du sköna”, the folksy song that has also become a jazz classic as "Dear Old Stockholm". Mischa van Kan, originally from the Netherlands, has always had an interest in Swedish music, and Swedish jazz in particular. As he was searching through the music archives, he discovered the great quantity of Swedish jazz that became popular in the U.S. in the 1940s and 1950s. He decided to study this phenomenon more closely.

This work became the topic of his doctoral thesis and resulted in the book “Swedish jazz in the United States – Swede and Cool” from 2022, in which he studies what happened when the jazz travelled from the U.S. to Sweden and then back again.

“Swedish jazz received a lot of attention in the United States in the 1950s. It was almost more popular in the U.S. than it was in Sweden at the time. This attention contributed to an understanding that jazz was not exclusively an American phenomenon”, says van Kan. 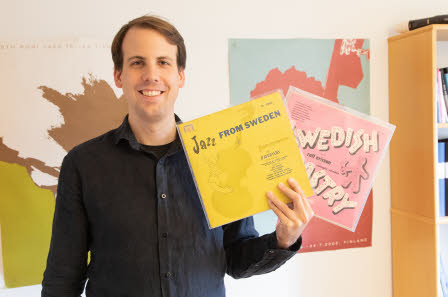 So, how come Swedish jazz made it big it in the U.S? After the end of WWII, it became extra popular for American jazz musicians to go on tour in Sweden. As opposed to many other European countries, Sweden had a relatively good economy, which meant that people could afford to buy records and attend concerts. Another reason was the fact that American musicians could exchange their earnings into dollars, which was difficult in other countries. Yet another factor was the many Swedish folkparks, often described as something unique to Sweden.

This all contributed to the fact that many American jazz musicians went on tour in Sweden. The gigs were often carried out together with Swedish musicians. And after some time, it also became common that they made records together.

“Stan Getz was one of the American musicians who toured in Sweden. He travelled between different folkparks with Swedish musicians and later they recorded an album together. Another example is Quincy Jones, who basically launched his career in Sweden. Also Charlie Parker performed here”, van Kan continues.

Promoted in the United States – without being there

The recordings of American and Swedish jazz musicians playing together were then released on albums in both Sweden and the U.S. This is how many Swedish musicians, like Lars Gullin, Bengt Hallberg, and Arne Domnérus, became well known on the American market. Even though they never set foot in the U.S. during this period. As a matter of fact, The American Federation of Musicians, which issued permits to work as a musician, prohibited most international jazz musicians from performing in the U.S., as they wanted the gigs to be given to American musicians instead. These restrictions were not eased until the 1960s. 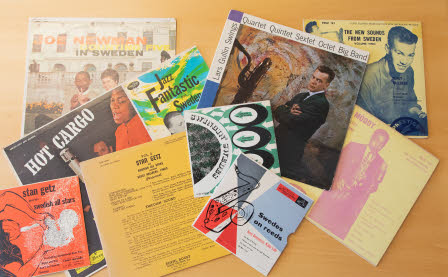 This was the beginning of a successful collaboration between record companies on both sides of the Atlantic Ocean, which resulted in a sort of “barter”. Companies exchanged recordings with each other and released each other’s albums. Sometimes American record companies sent specific requests, that they, for instance, wanted an LP with Lars Gullin. In exchange, the Swedish record company got the opportunity to sell American jazz and popular music.

“This exchange resulted in many jazz recordings that would otherwise not have been made. The Swedish market was far too small. If the records had been released only in Sweden, it would have been too expensive for most record companies. By releasing them both in Sweden and in the U.S., it became possible”, van Kan explains.

The recordings with Swedish jazz musicians became popular and received a lot of attention in the United States. Music critics were surprised by how good the Swedish jazz was and wrote positive reviews. 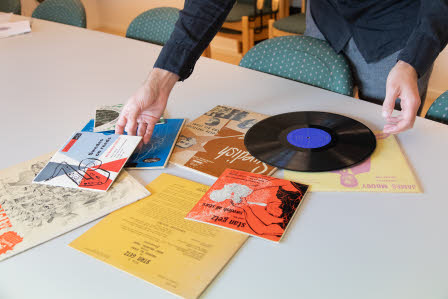 “Many in the U.S were amazed that white, Swedish men could play jazz, as jazz had its origin in Afro-American music. Some jazz fans made a distinction between musicians based on skin colour; that is to say, there were racist ideas claiming that black people had ‘the rhythm in their blood’, while white people who played jazz were not considered authentic. However, the Swedish jazz came as a surprise to many. The critics said that it was not possible to hear whether it was played by black musicians or white ones”, van Kan continues.

Sweden = the number 1 jazz country (after the United States)

Many music critics went so far as to say that Sweden was the foremost jazz country, after the U.S. of course. American music magazines discussed the development of jazz, and Sweden was presented as a good example. They were saying that jazz was treated with respect in Sweden, the music was played at concert halls where the audience sat down and listened under orderly forms. The position and status of jazz should be the same in the U.S. as it is in Sweden. This respect for the music was proof that jazz was art, they meant.

“The attention Swedish jazz got in the United States made it more popular also in Sweden. It was as if though it first needed to be approved in the U.S, where they knew what jazz should sound like. Only after this, it could be accepted by jazz fans also in Sweden”, van Kan explains.

The records that were released in both the United States and Sweden were often given different covers. In Sweden, it was stressed that it was like American jazz, while in the U.S. the covers showed things associated with Sweden. Some examples: a Viking playing a saxophone, Volvo cars, furniture, smorgasbord, and a half-naked blonde with a clarinet. 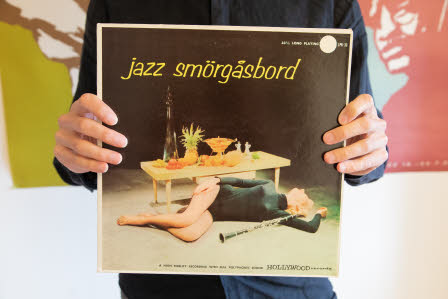 The record “Jazz Smörgåsbord” (unknown release year), with woman, clarinet, and some food.

“American stereotypes of Sweden were used to point out that it was Swedish music. This may seem comical today, but it’s important that we look at these covers with critical eyes. Swedish jazz was primarily marketed towards white American men, and this becomes obvious when you look at certain covers. ‘Swedish sin’ became a well-established concept in the U.S. and when women were depicted on record covers they were often sexualised in order to connect with this concept”, van Kan continues.

Decline in the popularity of jazz 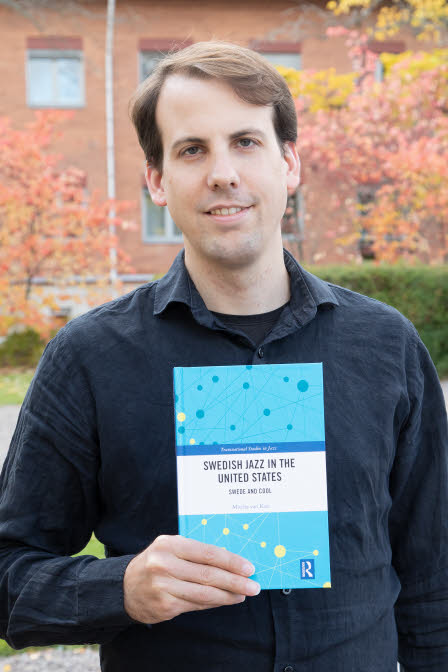 Mischa van Kan’s book is called “Swedish Jazz in the United States – Swede and Cool”. The subheading “Swede and Cool” refers to the concept Cool jazz – a soft and more melodical jazz that became popular in the 50s, which was the style practiced by the Swedish jazz musicians.

The music exchange between Swedish and American record companies was at its biggest between 1952 and 1956. However, in the late 1950s, the interest declined as jazz became less popular, both in Sweden and in the U.S. Instead, pop and rock music grew in popularity.

Van Kan means that the Swedish-American jazz collaboration has played an important role.

“You hear people talk about the Swedish pop miracle, like ABBA, but we should be aware that already during the 40s and 50s there were Swedish artists who got a lot of attention in the United States. The collaboration between the record companies during this period ensured that a good infrastructure and a well-established network was in place, which made it easier for the artists who later followed. And, perhaps most important of all, without this exchange not as many jazz records would have been recorded in Sweden, which means we would not have as much music from this time as we do today”, van Kan concludes.

More about the book Swedish Jazz in the United States – Swede and Cool at the publishing house Routledge. 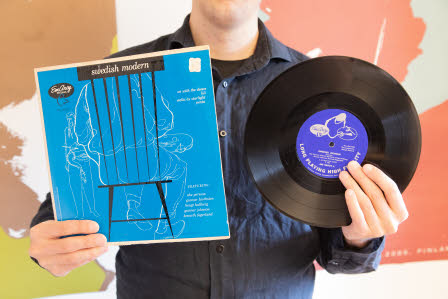 The record “Swedish Modern” (1955), with Swedish furniture design on the cover.