John Williams is the Hollywood composer who has made the music for films such as Star Wars, Jurassic Park and Jaws. When Williams, aged 90, made his debut at La Scala in Milan, film scholar Emilio Audissino from Linnaeus University was engaged as lecturer and writer of the concert program.

In December 2022, the american composer John Williams made his debut at the La Scala in Milan, Italy. In a unique concert, where the tickets were sold out in five minutes, he conducted the orchestra Filarmonica della Scala and played his famous film music from Indiana Jones, Star Wars, Schindler’s list, Harry Potter and many more.

This was perhaps the most important week of my entire life. 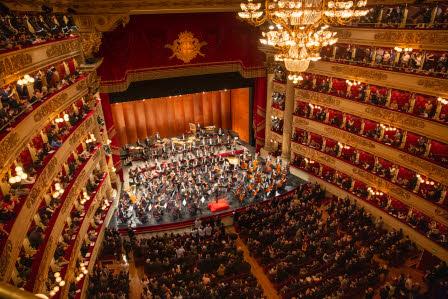 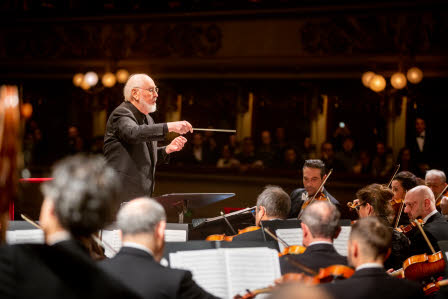 John Williams - still going strong. At the age of 90, he conducts the orchestra at the La Scala. ©Filarmonica della Scala | Andrea Veroni

Engaged as an expert

Before the concert, film scholar Emilio Audissino from Linnaeus University was engaged as an expert. Emilio is one of the foremost John Williams experts and has written several books about the Hollywood composer and his music. He was engaged to write the concert program, which was distributed to the audience, where he presented and explained all the pieces of music that the orchestra played.

Emilio was also engaged to give a talk on the music of John Williams, in front of an audience of 2000 people at the La Scala. The lecture took place at the dress rehearsal, which was opened to the public due to the great interest in the concert. The rehearsal was only open to people under 30 years of age.

“It was great to be able to talk about John Williams’ music in front of 2,000 young people at La Scala. Also, I got to attend that entire rehearsal from the backstage, meaning that Williams would walk past me when he entered and exited the stage. It was of course great to meet and talk with him. The event was something unique and truly historic for me", says Emilio. 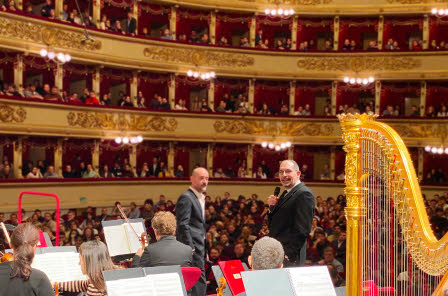 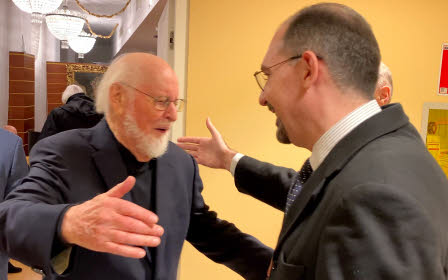 It was a hectic week for Emilio. A few days earlier he also gave the opening keynote speech at the very first international conference all on John Williams, at the University of Évry, France. The title was "More than a Master Film Composer. John Williams and the Legitimisation of Film Music as Music".

“This was perhaps the most important week of my entire life", says Emilio.