Through a gathered and prominent location in Kalmar, exciting and unexpected meetings will become possible. Meetings between researchers, students, the trade and industry, and the public sector. These meetings can lead to the birth of creative, innovative, and entrepreneurial ideas. These ideas contribute to development on a regional as well as on a national and international level. A city-integrated university also contributes to a lively city centre.

Organisation of the project

This is the timetable according to which the university is currently working. Changes to the timetable may occur as the project unfolds.

The starting point for the project are the three dimensions within sustainable development; ecological, social and economic sustainability which work together to create a long-term, sustainable societal development. This means, among other things, that consideration is shown for local natural conditions and that sustainable buildings and environments with optimal solutions are created. The environments should be modern and promote participation and interaction between people; they should also be economically sustainable from a life-cycle perspective, taking into account both energy efficiency and the use of resources. The landlords intend to have the buildings LEED certified once they are completed.

The plans for a city-integrated university started taking shape back in 2008. This was one and a half years before University of Kalmar and Växjö University were merged into Linnaeus University. Back then, the project was called Seaside Campus and used the catchphrases: close to the city, close to communications, and close to the sea.

The project name has since been changed to The city-integrated university but the catchphrases are still used.

The reason for Linnaeus University wanting to gather its facilities more in one place than what is the case today is a belief that coordination benefits can be achieved through a more efficient use of the facilities. A more gathered location for the facilities makes it easier to meet across department and faculty borders, which benefits both research and education. Linnaeus University wants to offer good, modern and available facilities that are well-suited for their purpose – requirements that the new buildings would be better at meeting than the existing ones. In addition, there can be environmental benefits to be gained by building new, modern and energy-efficient buildings.

Linnaeus University's facilities in Växjö are located on a campus just outside the city while in Kalmar the desire is to establish a university that is well-integrated with the city. In this way, the university contributes to a lively city centre, which benefits both the people living in Kalmar and visitors to the city. It is also important that the university is located close to the train station. The university's staff travels a lot between Kalmar and Växjö, primarily by train in accordance with Linnaeus University's policy on sustainable development. Students and guest lecturers also travel a lot, and with the train station nearby it becomes natural to choose the most environmentally friendly way of travelling.

Linnaeus University also wants to make the most of Kalmar's location by the coast, for instance in connection to student recruitment. A student who is weighing the pros and cons between two different study venues may in the end choose the alternative with the most beautiful study environment – but also as a link to the marine research that is being carried out at the university, which is among the best in the world.

During the years, a number of possible locations have been discussed for the placement of Linnaeus University in Kalmar, including the location where the new buildings are now being constructed. Many of them do not meet the requirements put up by Linnaeus University and Kalmar municipality. Malmen was, once again, investigated as a potential location and a proposal was put forward to supplement the northern and southern parts of Malmen respectively with new buildings. The northern parts of Malmen were discarded because it would be very difficult to get a feeling of the university being city-integrated in an area with large buildings and no street network. The southern parts of Malmen were also discarded as a potential location because the costs for reconstruction would be too high and we would still not get optimal facilities. What is more, the requirement "a location close to the sea" could not be met. In April 2011, the municipal council in Kalmar decided to further investigate the conditions for a placement of Linnaeus University at Fredriksskans and Ölandskajen. In June 2011, Linnaeus University's board made the same decision and the investigation could start. In November 2015, the final decisions were taken concerning the new facilities at Ölandshamnen and the first sod was cut in January, 2016. 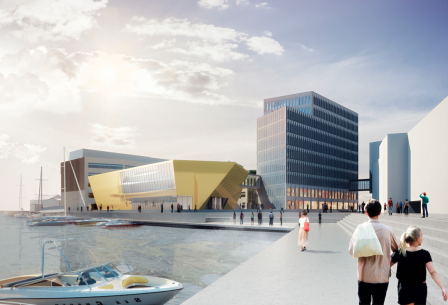 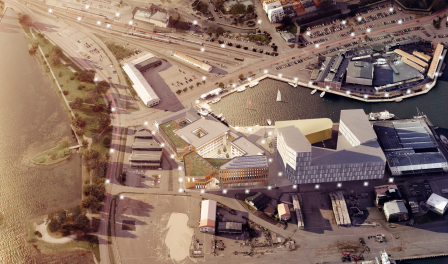 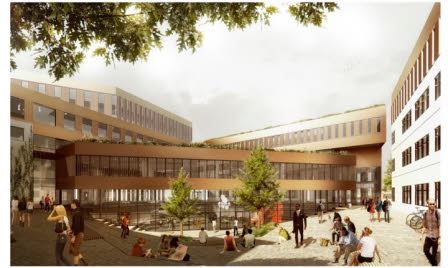 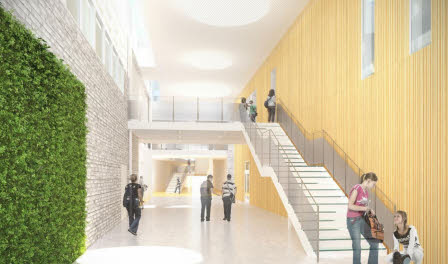 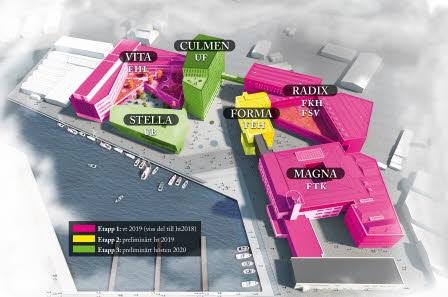