We live at a time when questions of climate justice, global migration flows, and militarized landscapes daily remind us of colonial pasts and of their legacies into present environments. Our world is shaped by colonial conquest, imperial discourses, and the consequences of imperial domination and subordination. This programme analyses colonial and postcolonial manifestations and effects in the past and the present.

The programme meets needs in society and research for critical analysis of meanings, implications, and consequences of colonialism at the time of colonial conquest and rule, and in view of how previous colonial relations continue to influence the postcolonial present. Students will acquire knowledge of the formation of the modern world under the impact of colonial power, orientalist discourses, and knowledge networks and of how these are manifested in social and political relations in a postcolonial context. Students are challenged to critically examine the working of civilizational and orientalist discourses in political, economic, cultural, religious, and artistic representations. A broad choice of courses introduce, among others, Nordic colonialism, environmental history, indigenous people studies, Linnaean knowledge and enlightenment science legacies. The programme encompasses training in field study, archival research, planning and leading seminars and accommodating guest lecturers.

The programme is particularly suited for students who seek to work in domestic and foreign administration, non-governmental organisations (NGO), schools, news media, museums and cultural institutions. The programme is preparatory to PhD research training.

Semester 1
Introduction to colonial and postcolonial studies with thematic, theoretical and methodological courses.

Keep an eye out for your teachers on this page.

You will meet Mahesh Rangarjan in the elective course Modern natures and postcolonial environments. He is Professor of History and Environmental Studies at Ashoka University in India.

Courses in the programme

Here is a preview of courses that will be taught in the programme. You will study together with all the students in your batch in six compulsory courses, and you will have many elective courses to choose between to tailor your curriculum to your interest. Keep an eye here as the list will grow longer and continue to be updated. You will also have ample opportunities for fieldwork and spending time at other universities in Sweden or abroad, as it meets the needs of your study profile.

Here are the compulsory courses in the programme. The first four courses make up the first semester curriculum. 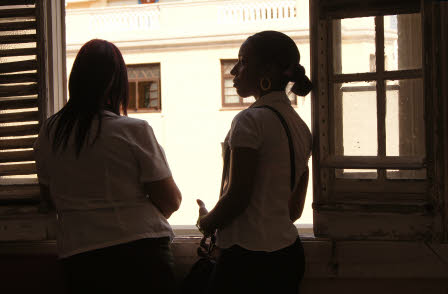 Imperialism and the making of the modern world, 7.5 credits

This course deals with imperial dominance and resistance and their role in the making of the modern world. You will be introduced to causes and consequences of modern imperialism and colonialism from the 15th century until the present, with particular attention to the period from the mid-18th century until the end of the first World War. The course has a special focus on theories of imperialism and questions of inequality, violence, borderlands, gender, race and cilivisation.
Course administrator: Dr. Stefan Eklöf Amirell

The course introduces essential theories and concepts in the humanities and the social sciences. It has a particular focus on the critical theoretical debates that have been crucial to the development of postcolonial theory. You will explore and discuss the conceptualization of past and present practices of relations of dominance, subordination, resistance and revolt. You will also be challenged to reflect on representations of orientalism, eurocentrism, decolonization, nationalism, and diaspora.
Course administrator: Dr. Linda Andersson Burnet

In a critical encounter of different humanities disciplines, the course enquires into their different analytical practices in postcolonial studies. You will be discussing with teachers in history, literature, archaeology, social work, and film studies. They will explain their positions and practice of postcolonial perspectives when they carry out research on current and past events and phenomena, the students are challenged to reflect on the interdisciplinarity of the field and develop their own individual academic positions.
Course administrator: Prof. Gunnel Cederlöf

This course introduces essential methodologies in the humanities and social sciences. It provides you with the necessary knowledge for identifying and accumulating new information, analyse and assess complex phenomena and representations, and to make inferences from scientific research at the advanced level. You will work with past and contemporary texts, objects, and fieldwork environments.
More information: Prof. Gunnel Cederlöf

This course runs like an undercurrent in the programme across three semesters. It gives you a continuing contact with your fellow programme students also when your take different courses. This is where you present your ongoing thesis work, discuss critical questions of fieldwork and methodology, invite and take charge of the programme for guest speakers, chair seminars, show and discuss films, and organise other events that are relevant to your studies.
More information: Prof. Gunnel Cederlöf

Researching for and writing the master’s thesis is a work that runs alongside the programme as a whole and 30-40 weeks are especially assigned for the task. The difference in the length of the course makes it possible to tailor the thesis to the individual needs of the students, having the future career in view. You will work under the guidance of an individual supervisor. The course allows for archive and/or fieldwork, and rests on theoretical and methodological courses in the first semester.
More information: Prof. Gunnel Cederlöf

These are thematic elective courses that are given based on demand. 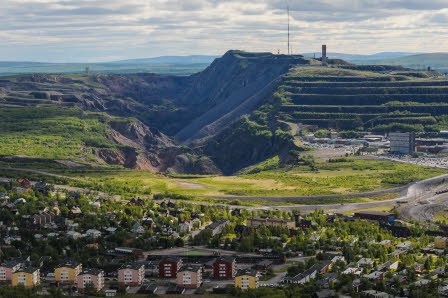 Crisis of the climate and the environment sweeps the world today. The present urgency has a long history of modern development, excessive extraction, and loss of ecologies and livelihoods. There are also concerted efforts for turning the wheels. The course combines a longterm view on human-nature relations with key events of conflict, conservation, and action.
Among the teachers: Prof. Gunnel Cederlöf, Prof. Mahesh Rangarajan, Ashoka University, India

Nordic colonial histories and the present, 7.5 credits
The Nordic countries are often imagined as without a colonial past, despite their former overseas colonies and the slave forts in North America, India, Africa and the Caribbean. Colonial relations with Greenland and Sápmi runs deep within the Nordic region. In this course you will get an overview of the history of Nordic colonialism. You will explore how the colonial encounter of the Nordic nations differed from or were similar to the colonial projects of other European nations.
More information: Dr. Linda Andersson Burnett

How do those who move through the world describe their experiences in writing? What values and perspectives can be found in texts that document the experience of travel? This course focuses on important concepts from postcolonial theory and cultural studies to analyze the different mobilities represented in works of literature: from travel and tourism to migration and displacement.
More information: Dr. Mike Classon Frangos, Anne H

This course considers contemporary postcolonial travel literature as a genre for exploring complex issues of power, identity and history. Based on close analysis of recent travel narratives, we will discuss the relation between travel writing as a literary form and the postcolonial contexts and experiences highlighted by each text.
More information: Dr. Mike Classon Frangos

The course provides you with an overview of slavery and slave trade across the modern world in a global comparative perspective. It contrasts the trans-Atlantic trafficking of humans with that of the Mediterranean and the Indian Ocean. Also bonded and permanently subservient labour is discussed in view of formal slavery.
More information: Prof. Hans Hägerdal

Is there a postcolonial Nordic literature? The course focuses on analyses of literary texts from a Nordic perspective in relation to different colonial contexts. Older as well as contemporary literature from different genres are studied. You will have the possibility to specialize in certain subjects or areas, for example questions concerning gender, cultural identity, the concept of “the Other” and how knowledge is produced.
More information: Dr. Piia Posti and Prof. Peter Forsgren

Race and racism a postcolonial perspective, 7.5 credits
How has the tension of politics and research, from the Enlightenment until today changed the modern concept of ‘race’? This course focuses on its origin and discusses race as a symbolic system, as a foundation for identification, and in how it continues to cause political tension, violence and inequality in the present postcolonial world.
More information: Dr. Peter Skoglund

Literatures of postcolonial migration, 7.5 credits
The transition from colonial to postcolonial nation-states and identities contributed to a new wave of literature written by and about postcolonial migrants. This course focuses on the breakthrough of postcolonial literature from the mid-20th century onwards. We will discuss the formation of migration literature as a genre, and the cultural and literary theories that can help us analyze these texts.
More information: Dr. Mike Classon Frangos

Contemporary migration narratives, 7.5 credits
English-language literature in the 21st century has been shaped by the flows of global migration, and we will examine the contemporary literary genres that have emerged to express this experience. We will discuss the complicated relationship between the global and the postcolonial, along with issues of refugee migration, diaspora, exile and belonging.
More information: Dr. Mike Classon Frangos

Religious encounters in colonial contexts. Historical approaches, 7.5 credits
During the colonial era varieties of Christianity were spread around the globe. In this course, you will explore the understanding of human nature and ways of interacting with the supernatural that Christian denominations disseminated. The course examines the diverse reactions to the missionary endeavours given by practitioners of indigenous religious traditions, including conversion, compromise and resistance. You will also be challenged to understand attempts to revitalize indigenous religions.
More information: Johan Adetorp
Political religions in a globalized world. Historical approaches, 7.5 credits
Some indigenous religious communities have come to express themselves in political forms as a response to the secularization of traditional cultures brought about by colonial powers. You will have an opportunity to learn about the history of secularism and some specific politicized forms of religion as Islamism, Hindu nationalism, and political Buddhism. You will analyse these topics as they are frequently discussed in media.
More information: Johan Adetorp

As a student in the programme you will benefit much from having close contacts with researchers and fellows at the Centre for Concurrences in Colonial and Postcolonial Studies.  This is one of the Linnaeus University’s centres of excellence. It is a vibrant environment with seminars, workshops, and conferences to which students are invited. The centre hosts scholars from archaeology, comparative literature, English literature, French literature, history, religious studies, social work, and sociology. Visiting scholars also give occasional teaching in the courses.

Meet Johan Höglund, Director of the Centre for Concurrences in Colonial and Postcolonial Studies

Roughly 15 minutes with a bike from the city centre, you will find Linnaeus University’s campus. It is like a small society with the university, student accommodation, and student life. Here you become part of a creative knowledge environment.

What will you come across on an excursion in Växjö – the city of contrasts? You will find good restaurants, a celebrated hockey team, and cozy cafés where you can enjoy a latte with lingonberry flavour. In Växjö, beautiful nature is always just around the corner; the city is surrounded by lakes and forests. Students like the combination of the city centre and the active student life on campus. Your dream of the future starts here!