The Algoland team, led by Elin Lindehoff and Catherine Legrand, operates a series of research projects that explore sustainable, algae-based solutions to societal challenges. Starting at Linnaeus University, we have branched out to form myriad industry – municipal – academia partnerships, with a network that stretches further each year. We also have an extensive science outreach program for teaching the community about the importance of algae in society.

Our research addresses global environmental problems at a local level:

Our Research – in pictures 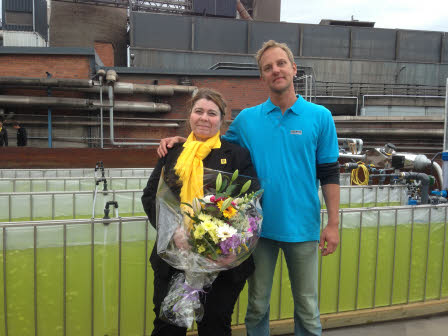 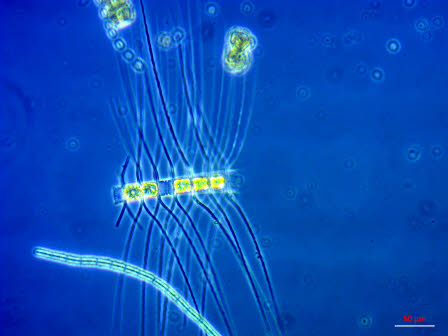 Microalgae – tiny heroes of the sea. Accounting for 40-80% of the world’s oxygen, microalgae have the potential to mitigate CO2 emissions from harmful polluters like the cement industry, as well as take up excess nutrients that cause eutrophication in the sea. The algal biomass that is produced can then be turned into valuable bioproducts. Lina Mattsson
Previous Image Next Image 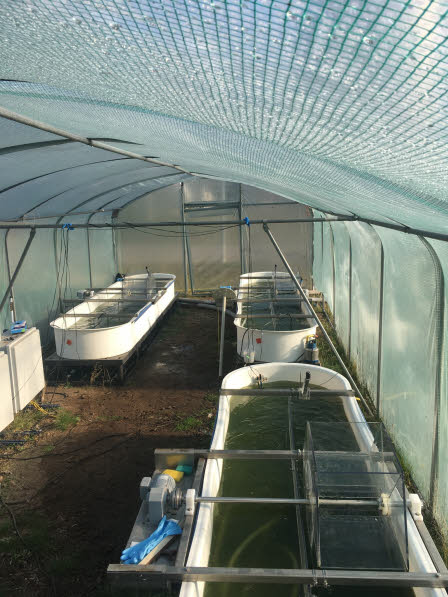 Cleaning the Water. Raceway ponds at the Moskogen landfill are filled with leachate water, whose excess nutrients (nitrogen and phosphorus) are used to grow algae. Gas is pumped in from the Kalmar Energi heating company nearby to expedite the growing process. Lina Mattsson
Previous Image Next Image 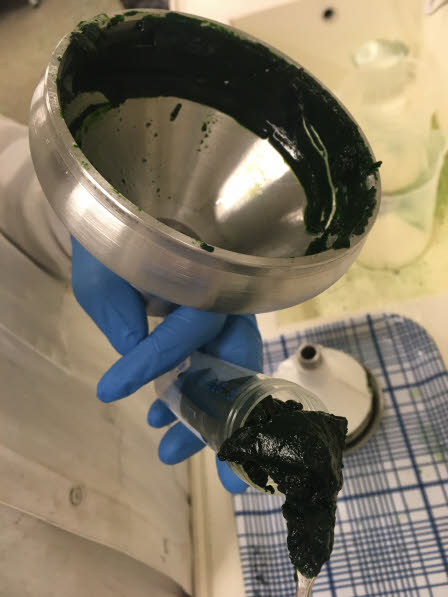 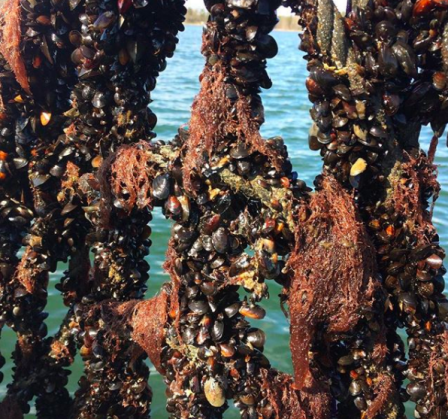 Cleaning the water - Mussel farming. Mussels grow in coastal areas and can act as a nutrient sink in the Baltic Sea with no added resources. Mussels filter seawater to obtain their natural food of choice: microalgae.
Kimberly Berglöf
Previous Image Next Image 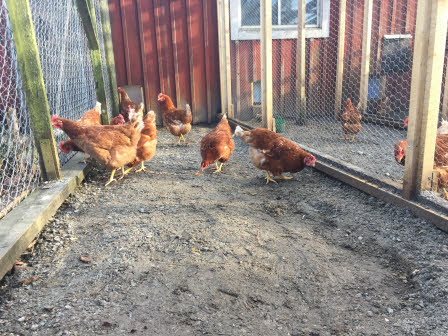 The circular economy – sustainable feed from mussels and algae. This Algoland project has collaborated with Voxtorp farm to study the feasibility of using crushed mussel meal and dried algae in chicken feed. Elin Lindehoff
Previous Image Next Image 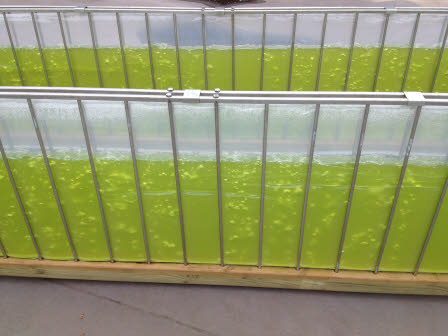 Cleaning the Air: The Green Wall Panel at the Cementa factory in Degerhamn, Sweden (Öland) on inauguration day, June 14th 2014. Throughout the summer season and into the fall, microalgae grow and multiply, as CO2 -filled flue gas from the factory bubbles into the panel. Elin Lindehoff
Previous Image Next Image

Choose "CC" for captions in English