Climate crises with potentially catastrophic consequences constitute a planetary state of affairs. This has been indicated with sufficient certainty across scientific disciplines. In response to scientists’ climate warnings, nation states, local municipalities and universities around the world have, in increasing numbers, declared a “climate emergency”. Despite such dramatic proclamations, however, business-as-usual tend to continue. A problematic gap thus appears between political declarations based on science, and the lack of required climate action.

Climate Emergency Studies proposes that the gravity of this lack of action urges forth a paradigm shift across ecological, socio-cultural, artistic, political and scientific domains. This entails the incorporation of what might be referred to as a geo-ontology and geo-epistemology across disciplines figuring the Earth as the active foreground rather than a passive backdrop and placing an emphasis on the geo-oriented ethical, aesthetic and pedagogical practices this implies.

Taking such paradigm shift as a point of departure, Climate Emergency Studies situates itself at the nexus between current expertise regarding the causes and impacts of the climate emergency and the construction of cross-sectorial, multifaceted spaces for action and agency. From this vantage point, it seeks to critically map out existing knowledges and articulations of the “climate emergency” exploring its current epistemological and political status, and furthermore, developing new transdisciplinary, transversal conceptual frameworks and collaborative, project-based pedagogical models enabling “climate emergency” to be translated into “climate action”.

The intention, in other words, is not so much to provide expertise and competence in any specific field but to provide geo-oriented knowledges apt for implementation across different fields. 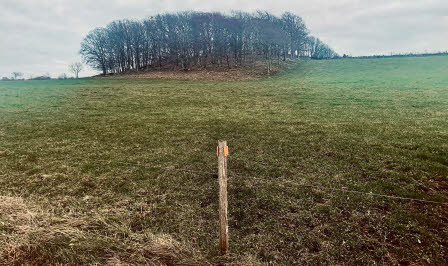 Naturecultures near Troentorp on the Bjäre Peninsula, Sweden. A fertile field that is at once a geological and agricultural phenomenon. Nearby, a train tunnel connects Copenhagen with Gothenburg, leakage during the construction of which caused extensive contamination of land and sea. The hiking trail Skåneleden, indicated by orange markers, passes through the field as a culturally "packaged" experience of nature. Naturecultures - their histories, articulations and textures – with a background in interconnected climate crises form an important part of climate emergency studies.

Focusing on higher education, Centre CES aspires to establish Climate Emergency Studies as a main field of research and study at Linnaeus University and as part of an emerging international network. The activities of the centre include seminar series exploring different aspects and dimensions of the climate emergency, a number of smaller close reading groups on specific themes, and an in-process compilation of texts, films, audio recordings and other resources making up an expanding set of Climate Emergency Studies literatures.

Furthermore, the group seeks to participate in the public debate around the climate emergency and the different forms of action it involves in a proactive fashion. Pedagogical activities and collaborative projects of different kinds, including experimental prototype modules and courses in Climate Emergency Studies, are also being developed.

A seminar series exploring different engagements with the climate emergency from the perspective of mobilization and empowerment. What spaces for action and agency are available to us, within and across specific sectors, institutions, organizations and disciplines? Where do we find sites and practices for transformative action relevant to the climate emergency? What methods, pedagogies, ethics and aesthetics do they involve?

Bringing together speakers and participants from different academic disciplines and extra-academic institutions, organization and practices, the seminar series constitutes an attempt at mapping out existing spaces for climate relevant protest, resistance, dissent and creation, as well as exploring the potential for the affirmative and critical construction of other ones.

All activities (upcoming and completed) 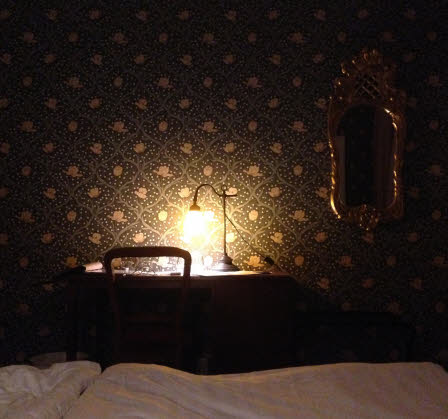 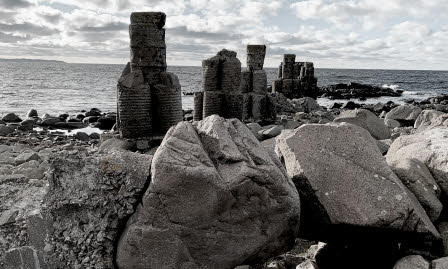 The littoral by the Bronze Age burial mound Dagshög, south of Torekov, Sweden. The complex time frames that the concept of climate includes are intriguingly illustrated in the image: the geological time of the horst, burial mounds as a cultural and historical phenomenon, the concrete remains of a latter-day jetty where tourists now climb around in the summer.