This project supported by the Swedish Institute is cooperation among different Quadruple Helix entities - academia, companies, and society and decision makers in the Baltic Sea Region. Sweden, Latvia, Ukraine and Estonia are collaborating in research and education with focus on ecological sustainability in glasswork regions that are contaminated with metals and metalloids.

By implementing workshops, online meetings and other joint activities the partners learn, develop and contribute with their own perspectives to face the challenges posed by old glassworks areas and contaminated glass landfills. The goal is to initiate a full-scale glass landfill excavation and design for a phytoremediation recreation glass parks like in Emmaboda/Sweden and import gathered knowledge from other Baltic Sea countries like Estonia, Ukraine and Latvia. Recreation parks after remediation and excavation are a challenge and the chance for the glass artists to show their own talents in new glass designs. 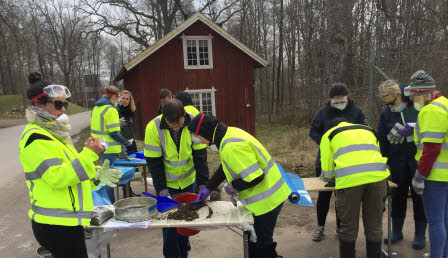 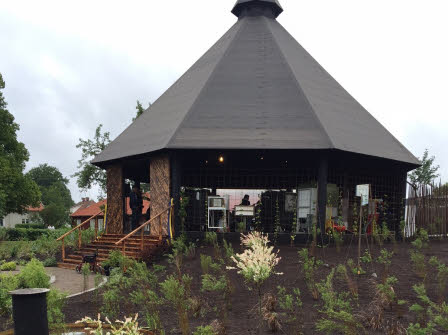 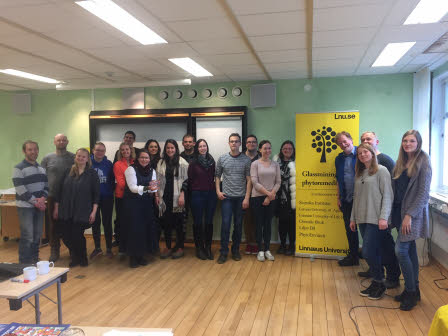 PhD/Msc student courses with participants from many countries around the Baltic Sea, a lot of hard work, planning, and creativity gave as result the Orrefors Glass Phytopark. The course was related to project PHYTECO, sponsored by SI.

The best practice was created in PHYTECO project and implemented in Kingdom of Crystal Glass that ended up in a tourist park including a small summer glasswork where artists, tourist and student could train.

The park has been officially open for public on 1 July 2017, Orrefors, Sweden and had already first summer more than 5 000 visitors.

The Orrefors phytopark could not has been such a success without valuable contributions from international participants from 6 Baltic countries, Jeanette Lennartsdotter, VD Orranäs Bruk AB in Orrefors, Ingemar Andersson, VD Liljas-concept, Linnaeus University and Nybro Municipality.

Also would like to especially thank the people from "Labie Koki", Latvian company, who sharing knowledge and experience in landscape architecture and phytoremediation during the course.

The Orrefors phytopark success has being positive reviewed in Latvia. Follow the link to find interesting interview with Dr. Inga Grinfelde, master students Jovita Pilecka and Olga Frolova, from Latvia University of Agriculture, the Faculty of Environment and Building.

In the interview at the 1st Latvia Television on 20th October on Orrefors project participant Dr Inga Grinfelde is telling about her experiences of the project and how the work was performed where it also was approved best agricultural phytoremedial perspectives that will be applied in future parks like at Orrefors.
"The most popular plants are dill, which not only removes heavy metals, but also pumping groundwater, and therefore contamination does not move with the groundwater flow. Sunflower is also a very popular plant, " Dr Inga Grinfelde discovered.

– Let human beings understand that the same plants that grow in the garden, planted in flower beds, can also be plants that clean the soil and absorb its pollutants, Olga Frolova explains.
The mentioned interview was seen at Latvia Television 1 (half a million auditorium).