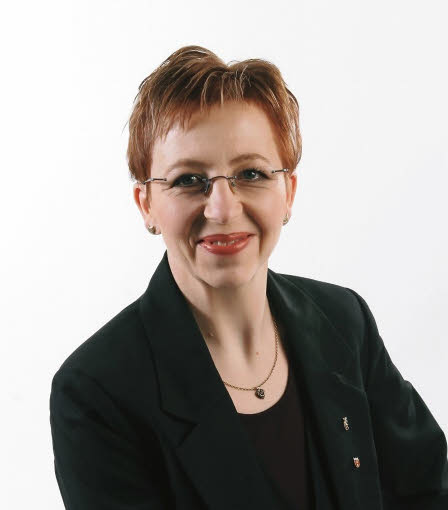 Threatening incidents like poisoning, epidemics, explosions, chemical accidents, radioactive exposure and fallouts, armed attacks and terrorism take place in some parts of the globe every day. A share of them contain also toxic chemical, biological, radioactive, nuclear and explosive materials (CBRNE), of which some are defined as substances or weapons of mass destruction (WMD) that are, in general, forbidden.

In the Scandinavian countries many people tend to think, that this kind of things happen only in unstable countries and war. The situation is, however, not like that, as several CBRNE incidents happen every day even in the world’s safest countries like our own. Those events are though not always recognized as CBRNE incidents, because some of the common classification methods for accidents have no proper codes for CBRNE events. A great deal of security officers also lack knowledge of these substances and report unexpected events with inaccurate codes. In Nordic countries, CBRNE events are usually accidents, but there is also a risk for large-scale emergencies and deliberate disasters. Due to the climate change, also the risk of multi-hazards and catastrophes linked with CBRNE is increased.

According to recent research and discussions with several European Union countries, the concept of CBRNE among different authorities and countries is not the same. Also the classification of emergencies in official reporting systems is mixed, and there possibly is no particular category of defining emergencies as a CBRNE events. Classification may also lack information of whether the incident is caused by an accident or deliberate act. Furthermore, CBRNE is not just one category of substances or events, as chemical, biological, radioactive and explosive materials and agents are totally different by their origin. They also spread in environment and on people in a different way, and their effects on people vary. They all are though potentially lethal.

Inaccuracies in classification and reporting of CBRNE emergencies become transferred also in statistics. This in turn makes it difficult to follow nationally the volume, type and development of CBRNE events, which however is critical information for the internal security. Due to the different classification and reporting methods, it may also be difficult to compare the statistics of CBRNE events at the international level among other countries.

Along with the shortcomings in the classification and reporting of CBRNE incidents, there also is lack of CBRNE knowledge among rescue and police officers, who come as first on the emergency site. These officers are usually not specially trained CBRNE professionals, but due to the severe nature of CBRNE emergencies they all should at least know what kind of special procedures CBRNE events require. They also should be aware of the indicators that reveal a CBRNE incident, or give a reason to suspect it.

For these reasons, European Commission has put a lot of efforts to enhance security authorities’ capabilities to identify and respond to CBRNE events. For example, many multinational projects have been carried out for making the management processes of CBRNE emergencies more efficient. In addition, plenty of new technologies have been developed for making the identification and cleaning of toxic agents more reliable and faster, and through that increasing the survival rate of casualties and mitigating their injuries. Development work has also been done for preventing the casualties and their helpers from spreading contamination to other people and places.

European Commission funding for CBRNE education for all EU countries

European Commission has also financed a project called Melody for creating a harmonized CBRNE curriculum for European Union countries. The curriculum is directed for first responders and medical staff, including ambulance drivers, paramedics and emergency room (ER) personnel. The education package has been tested for the major part in various countries, and a part of the second round of the testing has been planned to be carried out in Finland in January 2022. The project is coordinated by the Belgian Nuclear Research Centre (SCK CEN) and also the European CBRNE Center in Sweden has a key role in carrying out the project.

In Finland, there also is a national CBRNE education project, as the Ministry of Interior has launched in 2021 a project for ensuring primary education in CBRNE for all security authorities in Finland. The project has been carried out by the Emergency Services Academy Finland (ESAF) in collaboration with first response and medical centers, rescue service, police, defence forces, border guard, customs and emergency service centers. The project has produced a coordinated CBRNE education package that is expected to help in unifying CBRNE knowledge and practices between all of these authorities in the country. In addition, this education should enable all of these authorities to respond to CBRNE incidents sufficiently in early stage situations, where fully trained CBRNE specialists are not yet at the place.

The Finnish CBRNE education package is being tested by the first response, police and defence forces in November 2021. In 2022 it will be included in the vocational education as a part of Firefighters Degree at the Emergency Services Academy Finland that is responsible for the education of all firefighters in Finland (with the exception of local education at the Helsinki Rescue School of the Rescue Department Helsinki). Beginning from 2022 the same education will be available for all rescue departments and contract fire brigades in the country. In addition, education will be offered for the police, ambulance services, border guard, customs and emergency service centers around the country. Inquiries for the education have also been received from some of the neighboring countries. At the same time, Finland is making preparations for offering CBRNE protection capacity for the European Union according to the RescEU Civil Protection Mechanism.

To conclude, CBRNE substances and events are quite common in all societies, and some of them contain a risk for massive disasters. Most countries also have critical facilities like chemical industries, power plants, fuel containers etc. and plenty of transportation routes and warehouses for toxic and explosive materials, which all can induce severe incidents for the environment and people. In addition, there is a risk of malicious groups and individual people, who carry out hostile activities directly with these kinds of toxic agents, or indirectly by organizing disastrous attacks to the above mentioned facilities. Many of CBRNE substances are invisible to the human eye, or don't smell or taste. Therefore, it is necessary to provide CBRNE education and training for all security authorities, so that they would be able recognize signs that indicate CBRNE situations as soon as possible. Without proper knowledge, too many people get exposed to toxic substances in CBRNE sites, and even the untrained security officers may make the situation worse by spreading contamination and calling for assistance without appropriate protection.