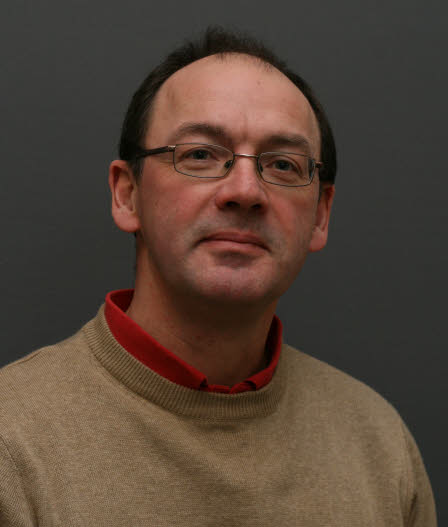 The Centre for Police Research (CPR) is an interdisciplinary research centre based at the Law Faculty of Uppsala University. The Centre was established in November 2009 with the mission to co-ordinate police research and other research activities of relevance to the police at the university. Uppsala University, the oldest university in the Nordic states, is decentralized, with three scientific domains and nine autonomous faculties. The main function for the center is thus to coordinate police research and to support researchers at Uppsala University in their contacts with the Swedish police, the Swedish security police and other Swedish administrative authorities which have policing or societal security functions. Senior representatives from the Police and Security Police sit in the Board of the Centre, as do representatives from all three scientific domains at Uppsala University (humanities and social sciences, medicine and pharmacy, and science and technology).

At the time the centre was established, it was thought that the current professional education of the police (2 ½ years) would soon be transformed into a higher education degree, as had been the case for e.g. nursing earlier. Writing in 2021, police training is still vocational, and offered on contract to the police authority, by two colleges (Södertörn, Börås) and three universities (Umeå, Linné and Malmö). Uppsala University offers specialist courses, on for example, criminal procedure and investigation on contract to the police authority, as well as master programmes of direct interest to police wishing to deepen their specialist knowledge of certain areas (e.g. forensic science, political extremism, and cyber security). The political parties are still not in agreement on whether to “professionalize” police training. If an agreement is reached, and the police authority itself adopts a policy whereby specialist knowledge at university level is rewarded in career paths etc. (two big “ifs”), then Uppsala University is ready to offer broad or specialized masters programmes.

The police perform a high variety of functions requiring specialist knowledge. It is not possible to provide all, or even most, of this “in-house”, which is why close cooperation with universities is necessary. Universities need to learn to produce constructive research which is relevant for the police, and the police need to learn to make scientific knowledge, and not simply proven experience, an integral part of police work. This requires a long-term approach a pooling of resources. The ambivalent attitude the Swedish police authority has in the past shown towards knowledge-based policing is, in fact, a very good reason for having research networks which are able, from a multidisciplinary perspective, to subject the police and the policing function to critical analysis. No single university in Sweden has a monopoly on all the social, technical and natural sciences which are necessary in this respect. Cooperation between the Swedish universities and colleges is necessary, which is facilitated by having single “points of contact”. In this respect, the Scottish centre for police research is a useful model to be emulated in Sweden. Uppsala University as a large university, with extensive national and international contacts, is well placed to complement and assist the five colleges and universities which are offering police vocational training today.

The Centre for Police Research in Uppsala has administered several externally financed projects on policing. Docent Helene Lööw, the deputy head of the Centre between 2010 and 2019, participated in the major project Godiac, on public order policing. Helene Lööw has also had responsibility for a project on monitoring online political extremism between 2017 and 2018. Professor Iain Cameron, director of the Centre since 2015, has had two externally founded projects on police and intelligence surveillance techniques (2016-2019 and 2017-2020).

The Centre was externally evaluated in 2017, as all multidisciplinary centres are in Uppsala. The evaluation was very positive, and the Centre was seen as having considerable potential for further development.  From 2018, in line with the recommendations made in the evaluation, the Centre has a slightly broader focus, focusing not only on police and security issues, but also societal security (resilience etc.). The Corona-pandemic and the deficiencies in crisis-preparedness and management this has revealed in Sweden, together with other threats (climate change, cyber vulnerabilities, hybrid threats etc.) means that such issues are likely to remain on the political and research agenda for the foreseeable future. The Law Faculty has recently agreed a Memorandum of Understanding with the National Defence College, and the Centre is an important part of the projected future cooperation between the two institutions, exploiting the synergies between these different areas - police, security, and crisis-preparedness.