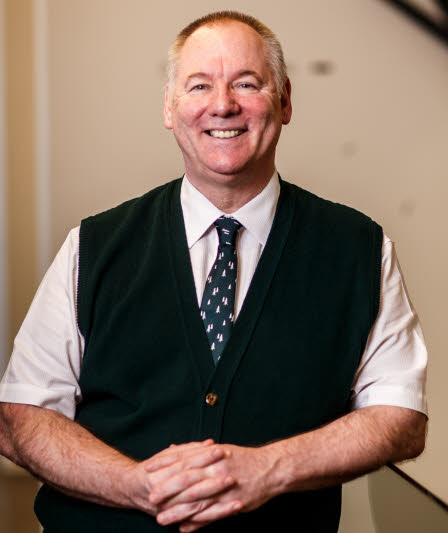 Why study rural policing in Iceland?

Guðmundur: Rural policing is a neglected area and most of our knowledge about rural policing is based on research from countries like Australia, Britain, and the United States. These are diverse and inegalitarian societies and we need to explore the full range of cases by, for example, studying rural policing in the Nordic countries. Although Nordic police research has increased in recent years, rural police practice, unfortunately, remains a neglected area. I must note, however, that Oscar Rantatalo, Ola Lindberg og Markus Hällgren published a really interesting article on criminal investigation in rural areas in Northern Sweden earlier this year in Policing: A Journal of Policy and Practice. We need more research like this in the Nordic countries and Iceland offers a really interesting context because it is a sparsely populated island country with a small population and relatively low crime and imprison rates. Moreover, Iceland is one of five Western countries where police officers do not carry guns.

Andrew: We also know from the literature that rural police officers face unique challenges that have not been studied as much as they should. I also know these challenges myself from personal experience as I worked as a rural police officer when serving in Northern Ireland with Royal Military Police during the 1980s and again with the Civilian Thames Valley Police in rural Oxfordshire in the late 1980s and 1990s. Having originally worked in urban settings, the move to the countryside proved particularly challenging in the early days. The lack of back-up, the isolation, and the community expectations were very different to what I had been trained to deal with. These experiences, coupled with my life and work in Iceland, stimulated my interest in researching the unique challenges and strategies of police officers in rural and remote areas of Iceland.

What were some of your findings?

Guðmundur: One of the things we did as part of this research project was to map police staffing in Iceland since 2007 and learned that not only does Icelandic society have one of the fewest police officers in Europe but that Iceland experienced Europe’s most significant reduction in the number of police officers from 2009 to 2018. At the same time, Iceland experienced an unprecedented tourist boom where the number of tourists grew almost fivefold. These developments have negatively affected the Icelandic police, including rural police officers.

Andrew: As part of this research project we also interviewed police officers who have worked in rural areas to learn about the main challenges and strategies of rural police officers. I conducted most of the interviews myself and I thoroughly enjoyed talking with police officers that have worked various areas outside the capital of Reykjavík. These people are consummate professionals who enjoy and take pride in their work. The Police Science Program also hosted the inaugural Policing and Society Conference at the University of Akureyri in 2018 under the theme “Rural Policing”. That was a wonderful opportunity to present our early work and bounce ideas off of researchers studying rural policing in similar settings, like Anna Souhami, from the University of Edinburgh, and Peter Lindström, from Linnaeus University, who were our keynote speakers.

Guðmundur: Our interviews study shows that the main challenges rural police officers in Iceland experience are understaffing, overwork, an extensive range of tasks with little backup, and a blurring of work and home. The officers must be versatile and innovative and mobilize the rural community’s social capital to help them address these challenges. Most importantly, officers must be excellent communicators and have the skills to de-escalate situations through dialogue. The strong informal social control of rural areas helps officers in this regard.

What are the implications of this project?

Andrew: The results of this project will help inform how we educate prospective police officers in Iceland. Our project confirms that rural police work is, in many respects, different from being a police officer in urban areas. Aside from being under-resourced, rural officers are often deeply embedded in their communities, which presents challenges as well as opportunities. Given this, prospective police students must be educated and trained for both rural and urban police work, but, as we all know, most of the police teaching material and methods are based on the latter.

Our study also raises the issue of whether students and/or new police officers are prepared enough for rural police work given that the Icelandic police has become more centralized with the merging of police districts and declining staffing levels since 2007, which means that fewer police officers are located in rural and remote areas. This also means that there are fewer potential tutors with extensive rural policing experience for prospective police officers and new officers. Another way to address this issue could be to require prospective and/or new police officers to train and work in both rural and urban areas to better prepare them for the realities of rural policing. This might also help address the issue that it is often challenging to staff positions in some rural areas with educated police officers. Last, but not least, we hope that our findings will help shed light on the unique challenges of rural police officers and the under-staffed and over-worked Icelandic police force in general. We need politicians and policy makers to take note and put their money where their mouth is.