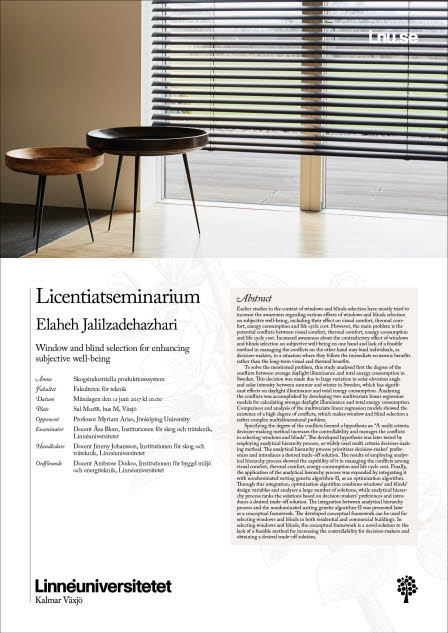 To solve the mentioned problem, this study analysed first the degree of the conflicts between average daylight illuminance and total energy consumption in Sweden. This decision was made due to large variation in solar elevation angle and solar intensity between summer and winter in Sweden, which has significant effects on daylight illuminance and total energy consumption. Analysing the conflicts was accomplished by developing two multivariate linear regression models for calculating average daylight illuminance and total energy consumption. Comparison and analysis of the multivariate linear regression models showed the existence of a high degree of conflicts, which makes window and blind selection a rather complex multidimensional problem.